Speaking on the Motion of Thanks on the President's address, he said Modi is "more democratic" than anyone before him
PTI 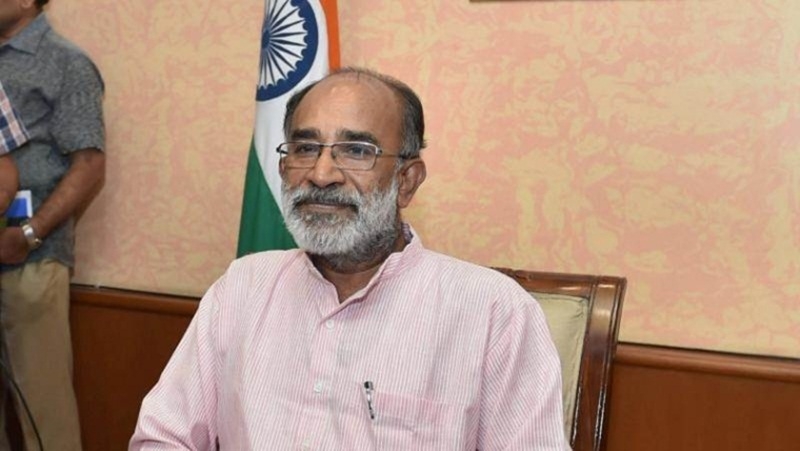 New Delhi: Minorities have never been more safe in the country than under Prime Minister Narendra Modi, BJP leader K J Alphons said in the Rajya Sabha Wednesday amid opposition references to lynching cases.Speaking on the Motion of Thanks on the President's address, he said Modi is "more democratic" than anyone before him.

Five years back it was said that Christians will be beaten up and churches will be burnt once the BJP comes to power, he said. "Have you seen any Christian being beaten up or any church being burnt (since the BJP came to power)," he asked.

"Never has it been safer for minorities than under Modi," he said as some in the opposition jeered, making references to lynching of Muslims in some parts of the country.

Alphons, who was a minister in the first term of the BJP government but was not made a minister in Modi-2.0 government, targeted the Congress saying if it wants to live in a make- believe world, history will write it off.

"You shall have a new India," he said in an apparent jibe at Leader of the Opposition Ghulam Nabi Azad, who in his remarks during the debate, had called for giving back the 'old India' and Modi keeping his 'New India' with himself.

He said instead of whining, the country should be celebrating achievements such as 99.2 per cent of the population now having toilets, 35 crore people getting bank accounts, 7.5 crore getting gas connection, 19 crore getting loan under Mudra scheme, the jump in ease of doing business ranking and India striking at the heart of the enemy.

In his speech on the debate, Veer Singh (BSP) attacked the government for the unemployment rate climbing to a 45 year high due to "ill-planned" decisions and "wrong policies" such as demonetisation of high value currency notes and implementation of the Goods and Services Tax (GST) regime.

"Unemployment rate has risen from 2.1 per cent in 2011-12 to 6.1 per cent in 2017-18. This means 19 crore youth in the country are unemployed," he said, adding reservation for SC/ST and OBCs is being diluted by the government in outsourcing work to private sector.

Wansuk Syiem (Cong) said the President's address did not have any mention of special package for the North East.

It also did not have any mention of the telecom sector, where state-owned firms BSNL and MTNL are in a "bad shape" and are "unable to compete with the private sector." Kirori Lal Meena (BJP) raised the issue of alleged dilution of tribal rules by the Congress-led government in Rajasthan in granting mining rights in tribal area.

Participating in the debate, Abdul Wahab (IUML) asked how the government is going to win the trust of the minorities and Dalits when they were being "subjected to atrocities" everyday.

He also took a dig at Prime Minister Narendra Modi and Home Minister Amit Shah, saying they had invented a new branch of engineering - election engineering.

Saroj Pandey (BJP) in her maiden speech hit out at the leader of the Opposition Ghulam Nabi Azad, saying he has insulted the mandate of the people by saying the prime minister won the elections riding on divisive politics whereas the fact remains that the people have voted for change.

Attacking the opposition, she said they never cared for the women, poor and the people and it was Prime Minister Modi who felt their pain and built toilets for women, brought gas connection to their homes and ensured girls' education. K Ravindra Kumar (TDP) said the BJP is all out to wipe the opposition in order to exercise monopoly which was not a healthy sign.