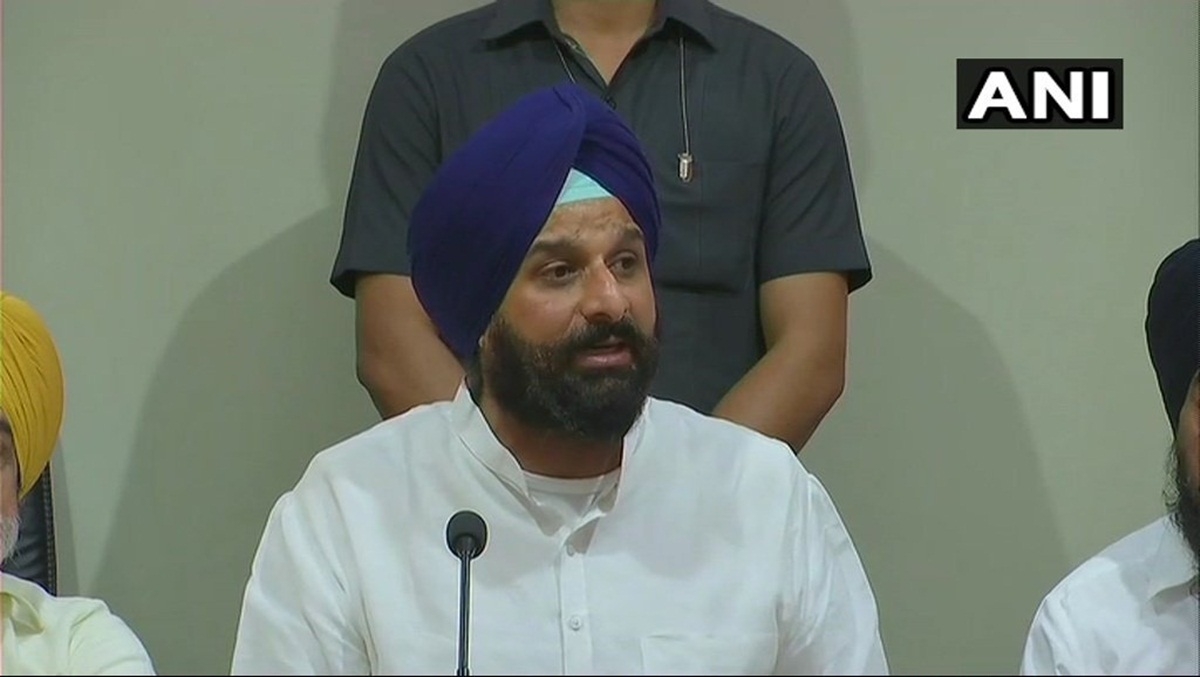 A day after Punjab Police booked Shiromani Akali Dal MLA and former Punjab minister Bikram Singh Majithia in a drugs case, the Ministry of Home Affairs has issued a lookout circular against him to prevent him from fleeing abroad.

A case under the Narcotic Drugs and Psychotropic Substances (NDPS) Act was registered against him on the basis of a 2018 status report of a probe into the drug racket in the state.

The report was filed by anti-drug special task force (STF) chief Harpreet Singh Sidhu in the Punjab and Haryana High Court in 2018.

Majithia, (46), is the brother-in-law of Shiromani Akali Dal (SAD) chief Sukhbir Singh Badal and brother of former Union minister Harsimrat Kaur Badal. Majithia had earlier denied all charges against him.

The 49-page FIR was registered by the state crime branch at its Mohali police station under various sections of the NDPS Act.

The sections include 25 (punishment for allowing one's premises for its use for the commission of an offence), 27 A (for financing sale, purchase, production, manufacture, possession, transportation, use or consumption, import and export or any act pertaining to narcotics) and 29 (for abetting or plotting an offence).

The FIR noted that the legal opinion of Punjab's advocate general too was taken before registering the same.

"On the basis of the status report of the STF along with the opinion of the advocate general, a cognizable offence is made out and therefore a case be registered and investigated," the FIR noted.

The FIR stated that the case shall be investigated by a special investigation team for which orders are being issued separately.

"All related aspects and evidence can be examined thoroughly and investigation completed expeditiously as per facts and law," it further read.

The STF report pending with the high court was based on confessional statements given by some accused, including Jagjit Singh Chahal, Jagdish Singh Bhola and Maninder Singh Aulakh, of the 2013 multi-crore drug racket case, given to the Enforcement Directorate (ED).

In this case, Majithia was also questioned by the ED in December 2014 when he was the minister in the Akali government.

"According to the findings, prima facie there is sufficient evidence on record to further investigate the role of Shri Bikram Singh Majithia as regards the allegations made in the application under scrutiny," the FIR stated.