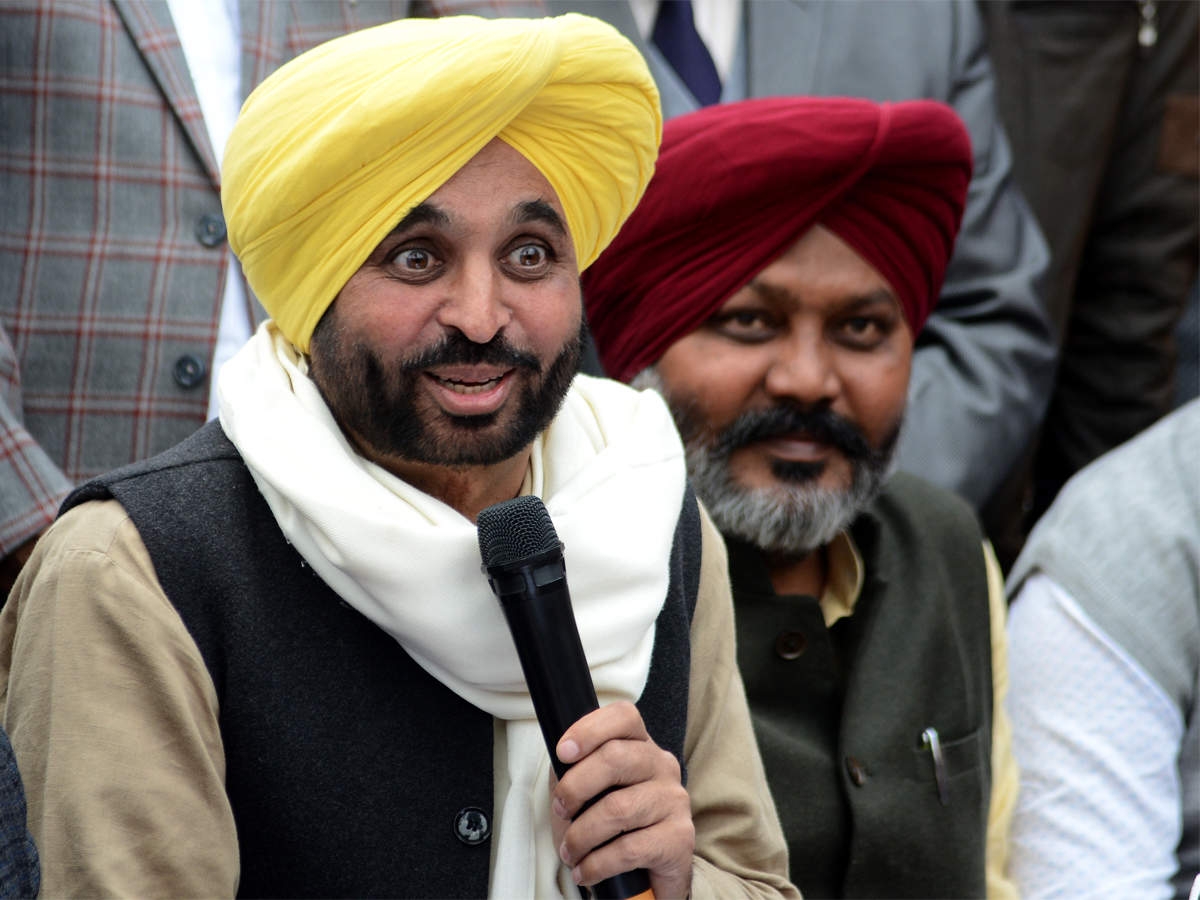 Chandigarh: With hundreds of party workers thronging Bhagwant Mann’s residence in Sangrur demanding that he be named the Aam Aadmi Party’s (AAP) “chief ministerial candidate” for the assembly polls in Punjab slated for early next year, the daggers are out in the open.

“There is no leader like Mann in the party. He has worked hard at the grassroots level and helped the party win 20 seats in the last elections. He has single-handedly built the AAP in Punjab. There is no one else who is fit to become chief minister,” a Mann loyalist told this correspondent over the phone.

Despite many Congress and Shiromani Akali Dal leaders joining the AAP, it needs the charisma of a known Punjabi leader as the party’s face to help it sail through.

Party chief Arvind Kejriwal has already announced that a Sikh face will be the party’s chief ministerial candidate. But whose face will it be is anybody’s guess in the Punjab unit which, ironically, is headed by Mann.

Surveys conducted by local newspaper point to a resounding growth in the AAP’s fortunes, provided it announces its chief ministerial candidate soon.

“We would have done better than 20 seats had people known who our chief minister would have been in 2017. This time around people have been asking names. The party must stop chasing Congress or Akali leaders with the promise of being made chief minister,” an AAP leader remarked.

Among the names that have been doing the rounds in AAP circles has been of Navjot Singh Sidhu and Partap Singh Bajwa. Both have denied any links with the party.

Mann was the only AAP MP elected in the 2019 elections. Even as he remains the most popular face who connects with the masses, what is baffling supporters and workers is party leaders who come visiting from Delhi clearly stating that they are still on the “lookout” for a suitable candidate.

“Mann’s candidature has not been rejected. But is there any harm in looking elsewhere?” a loyalist of Harpal Cheema, who is Leader of Opposition in the assembly, quipped.

Mann has so far not reined in his supporters thronging to his Sangrur residence from all over Punjab. Many feel the more they come, the merrier for Mann.

“Why is the central AAP leadership playing games in Punjab? If not Mann, then they should name whoever they want to become the party’s chief ministerial face,” a Mann supporter rued.

“If AAP is to revive its position in Punjab and even bid for the chief minister’s post, its leadership, in Punjab and in Delhi, would have to take steps to stop the erosion of its base. Everybody knows who the chief minister will be from the Akali Dal and Congress. If they continue delaying, AAP could end up being a one-time wonder in Punjab,” a senior leader feared.

A source close to Mann revealed the Punjab unit of AAP could disintegrate into two with one supporting Mann and the other following Kejriwal’s diktat.

“If they don’t want Mann, then they should make an announcement and name who they want. The inability to announce the name is hurting the party and workers. Let the break take now,” a Mann-faction leader revealed.

“He may have a strong connection at the grassroots level. But Punjab needs someone who can provide jobs to youths, prepare a roadmap to improve the economy and provide leadership. Mann does not seem to possess that,” a leader from the anti-Mann faction explained.

Simply put, it is 'Mann ki baat' in Punjab.