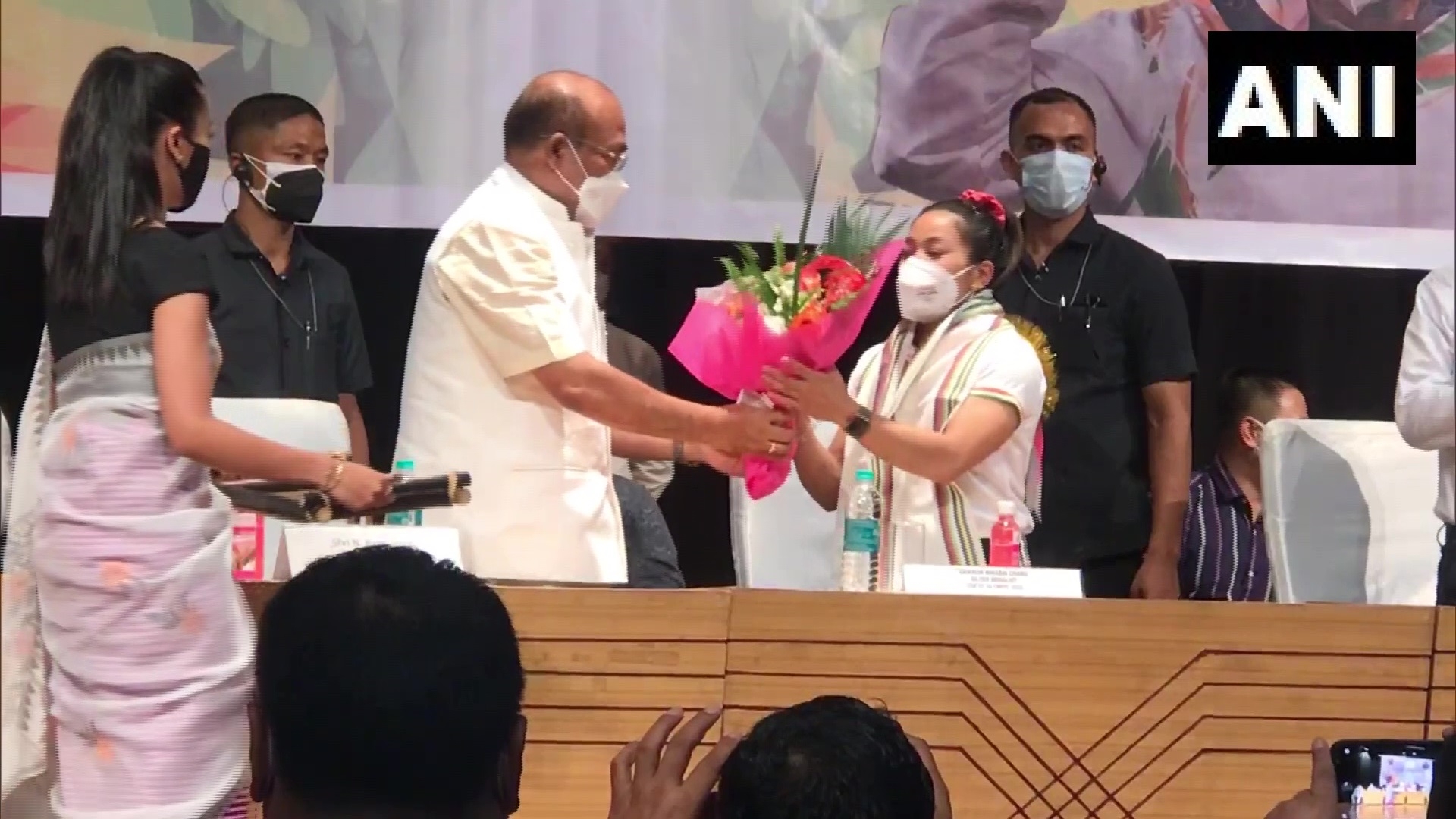 While speaking at the event Chanu said, "I want to thank everyone for your support. With your support, today I have received this silver medal in the Olympics". "I dedicate my medal to all the people in Manipur", she added.

After being felicitated, the Indian weightlifter arrived in Imphal amid a roaring welcome by the people. Everyone lined up in Imphal streets to welcome the Olympic champion.

Manipur Chief Minister N. Biren Singh was also at the Imphal airport to welcome Mirabai Chanu. Manipur Government on Monday had decided to appoint Chanu as Additional Superintendent of Police (Sports) in the police department.

"Mirabai Chanu would also be rewarded with Rs 1 crore as announced by the government," Biren Singh had told media persons.

The Chief Minister said that all the participants would be given Rs 25 lakh each. He also said the state government had decided to establish a world-class weightlifting academy in the state soon.

Chanu had opened India's medals tally on Saturday as she bagged a silver in the Women's 49kg category at Tokyo International Forum.

'If this isn't gold, what is?': Video of 'junior Mirabai' mimicking Chanu's Olympic lift goes viral;...