Solih, accompanied by a high-level delegation, arrived in Delhi on Monday on a four-day visit.

The Maldives is one of India's key maritime neighbours in the Indian Ocean Region and the overall bilateral ties including in areas of defence and security have been on an upward trajectory in the last few years.

After a meeting with Solih, External Affairs Minister S Jaishankar on Monday evening said India's 'Neighbourhood First' policy and the Maldives' 'India First' policy are "complementary" and they take the special partnership forward.

The ties between India and the Maldives have been on an upswing since Solih took charge of the top office in November 2018.

In December 2018, Solih visited India, which was his first overseas tour after becoming the president.

Modi visited the Maldives in June 2019 and it was his first overseas visit in his second term as the prime minister.

In March, External Affairs Minister Jaishankar, during a visit to Male, handed over a coastal radar system to the country.

India and Maldives share common perspectives on maritime security issues in the Indian Ocean and have been working together to expand defence cooperation.

Development cooperation has been a key pillar of the India-Maldives relationship with New Delhi providing Lines of Credit of over USD 1.2 billion (one billion=100 crores) for infrastructure and grants for community development projects to the island nation.

In August last year, the island nation sealed a contract for the implementation of an India-funded connectivity project.

Under the Greater Male Connectivity Project (GMCP) project, a 6.74 km long bridge and causeway link will be built to connect the capital city Male with adjoining islands of Villingli, Gulhifalhu and Thilafushi.

Funded under a grant of USD 100 million and a Line of Credit of USD 400 million from India, it will be reportedly the largest infrastructure project in the Maldives. 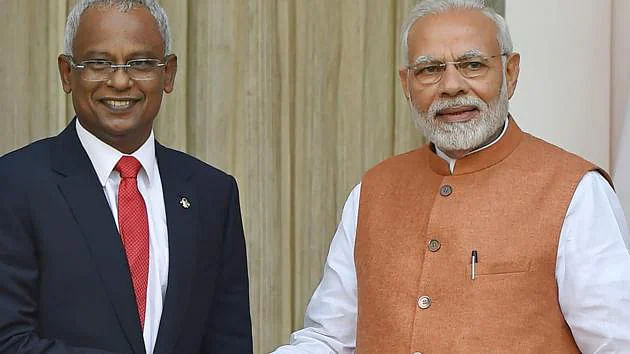