Main rail, road routes cut off in Andhra Pradesh due to heavy flood

The Chennai-Kolkata National Highway-16 had to be closed down for traffic in SPS Nellore district following a heavy breach of road at Padugupadu.
PTI 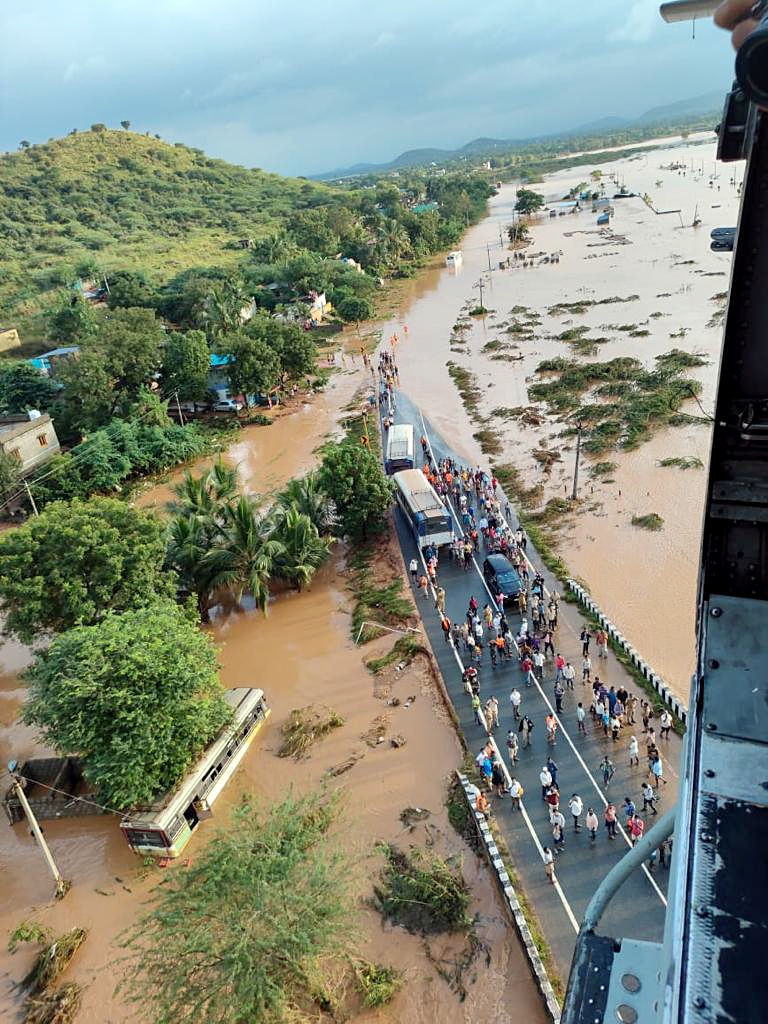 The main rail and road routes in Andhra Pradesh, connecting the south and east, remained cut off as the Penna river in spate caused heavy destruction on Sunday.

The Chennai-Kolkata National Highway-16 had to be closed down for traffic in SPS Nellore district following a heavy breach of road at Padugupadu.

At least 17 Express trains were cancelled on the Chennai-Vijayawada grand trunk route as the flood overflowed on the railway track at Padugupadu. Three other trains were partially cancelled or diverted.

The State Disaster Management Authority said more than two lakh cusecs of floodwater flowed out of the Somasila reservoir in SPS Nellore district, leading to the deluge.

This caused breach of the National Highway-16 at Kovuru as well.

Consequently, traffic on the NH-16 between Nellore and Vijayawada has been suspended, leaving hundreds of vehicles stranded for kilometers on either side.

Hundreds of passengers were stuck in the Nellore RTC bus station as bus services were disrupted.

Vehicular traffic coming from Srikalahasti has been stopped at Tottembedu check post and diverted via Pamuru and Darsi, officials said.

In Kadapa district, a bridge on the river Papagni collapsed at Kamalapuram, cutting off road communication between Kadapa and Anantapuramu districts.

Floodwater gushing out from the Veligallu reservoir led to the bridge collapse, officials said.

In Kadapa city, a three-storied building collapsed in the wee hours of Sunday, but no casualties were reported as the inmates ran out to safety just minutes before the incident.

A mother and child, who were trapped on the second floor, were rescued by police and fire services personnel.