The political mess or Maha Mess as favourited by most Indian television news channels, the government formation in Maharashtra post-2019 Assembly elections, has become a constant back and forth of power-cry and desperation from the leading political outfits of Maharashtra. The current overview of the Maharashtra government looks as chaotic as it can get with the President’s rule.

In the hopes of sitting on the Chief Minister’s chair, Uddhav Thackeray is talking with NCP and Congress to form a non-BJP government. Sena attempts to align with its age-old political and ideological rival Congress has led people questioning if they have forgotten Bal Thackeray’s founding principles.

It’s no secret that Bal Thackeray, the founder of Shiv Sena never saw a middle-ground with its political and ideological rival, Congress. Though Thackeray shared a civil relationship with Pawar off the political field, he had always seen NCP along with Congress as rivals.

Bal Thackeray was clearly not pleased with the foreign-born Sonia Gandhi entering politics in Maharashtra. He had gone as far as saying that it would be better to hand-back India to the Britishers than being governed by Sonia Gandhi.

Balasaheb Thackeray had once compared Congress to the disease Cancer in a video message in November 2012. He said, “Overthrow the Congress governments in the state and at the Centre, which are a ‘cancer’.”

Bal Thackeray had taken to Shiv Sena’s mouthpiece, Saamna to question and criticize Rahul and Sonia Gandhi over Congress’ their long list of scams including the 2G scam. Balasaheb had said, “The Yuvraj of Congress (Rahul Gandhi) is very vocal on the corruption by Mayawati. However, he is not saying anything about the corruption by his government.” He also wrote, “His mummy (Sonia Gandhi) is also quiet on the issue. The Prime Minister is also not opening his mouth. The truth is hidden in the silence”.

The first-ever public spat between Shiv Sena and NCP was when CHhhagan Bhujbal while with Shiv Sena, named Sharad Pawar in an alleged plot scam. Bhujbal single-handedly launched a campaign against Pawar, who was the Congress Chief Minister then.

Pawar had expected Balasaheb to retract the campaign but Pawar was left on his own.

Read Also
'I will not go along with a scoundrel': When Bal Thackeray refused to ally with NCP 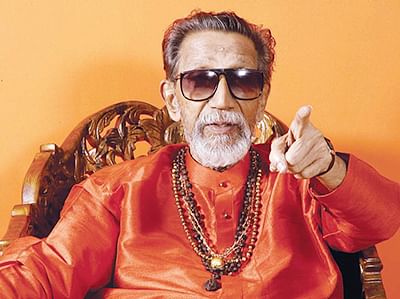