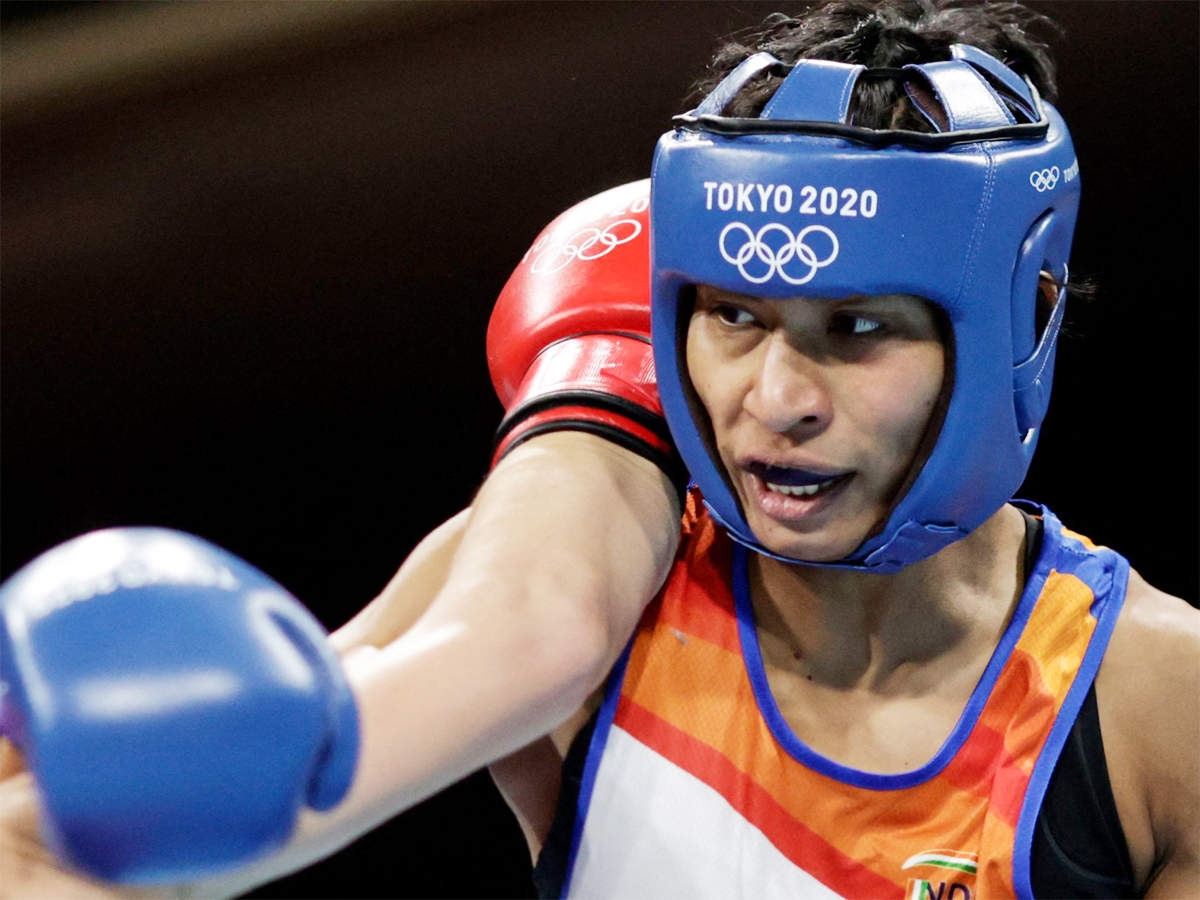 New Delhi: "Wo aaram se jeetegi, koi tension nahi hai (She will win easily, no reason to worry)," the man who first spotted the boxer in kick-boxer Lovlina Borgohain had said before her historic medal-clinching win in Tokyo Olympics.

And Sports Authority of India coach Padam Boro's assertion, a day before the contest, has turned out to be prophetic.

Borgohain (69kg) kept her calm to upstage former champion Nien-Chin Chen to enter the semi-finals of the Tokyo Olympics, the third Indian boxer ever who will now finish on the podium at the quadrennial showpiece.

So where did the journey begin for the reticent youngster, brought up in Baro Mukhia village of Assam's Golaghat district, the home to the famous Kaziranga National Park.

For one, she had elder sisters, Licha and Lima, who are kick-boxers and parents who were immensely supportive of their children's sporting ambitions despite limited means.

"They backed her to the fullest, often discussed her game with me and were willing to do anything for her dreams," said Boro.

And what a dream she is living. The ever-smiling boxer is the first woman from Assam to make the Olympic boxing cut and clinch a medal as well.
"She seemed to have the talent and physique to make a good boxer. We merely guided her through. What stood out about her was her calm mind even at that time. She is not the sort who gets easily ruffled, tension nahi leti hai," Boro recalled.

"She is also a very disciplined kid."
It is not hard to believe that statement.

Her mother Mamoni underwent a kidney transplant last year. Borgohain visited her for a few days at that time and ended up testing positive for COVID-19 a day before she was to leave with the Olympic-qualified group for a 52-day training trip to Europe.

That exposure trip would have been crucial for her given that the pandemic had caused a shutdown all across and in India too, boxers were not allowed to spar for a while even after the camps reopened.

The fear was that the contact sport would end up causing infections among the practitioners.

It was deflating for the boxer but the government stepped in to assist Borgohain after she recovered from COVID-19, including a personalised training camp in Assam for her.

Meditation has helped her to stay focused. And that control on the mind made all the difference in perhaps the biggest bout of her career in Tokyo on Friday.

"She always had a very strong counter-attacking game. And she showed that," Boro said.

The meticulous campaign has finally got her the result she dreamed of and the scream that she let out at the end of her quarterfinal win was perhaps Borgohain finally letting emotions overcome her after being the restrained fighter both inside and outside the ring.