This comes only days after Rahul Bhat, a Kashmiri Pandit government employee, was gunned down by terrorists inside the Tehsil office in Chadoora town in Budgam district of Jammu and Kashmir on Thursday

Sheikhpora: People from the Kashmiri Pandit community pay homage to government employee Rahul Bhat, who was killed by militants, after police stopped their protest march towards Srinagar, at Kashmiri Pandit transit camp in Sheikhpora, near Srinagar, Saturday, May 14, 2022. | (PTI Photo)

"All migrants and RSS agents leave or face death. No space for Kashmiri Pandits who want another Israel in Kashmir to kill Kashmiri Muslims. Double/triple your security, be ready for targeted killing. You will die," read the letter addressed to the president of the migrant colony.

This comes only days after Rahul Bhat, a Kashmiri Pandit government employee, was gunned down by terrorists inside the Tehsil office in Chadoora town in Budgam district of Jammu and Kashmir on Thursday.

Following his death, people across the union territory have been protesting and demanding security in Jammu and Kashmir.

Meanwhile, Jammu and Kashmir Lieutenant Governor Manoj Sinha on Sunday informed the People's Alliance for Gupkar Declaration (PAGD) that the security forces have been given full freedom to avenge the killing of innocents in the Valley, sources told news agency ANI.

Sinha said those aiding and abetting terrorists will not be spared. He also told the delegation that all PM package employees will be posted to secure district and Tehsil headquarters and to address other issues, a special cell has been constituted in LG secretariat, sources said.

Earlier in the day, Sinha said that the security would be beefed-up in the residential areas of the government employees from the Kashmiri Pandit community in the Valley. 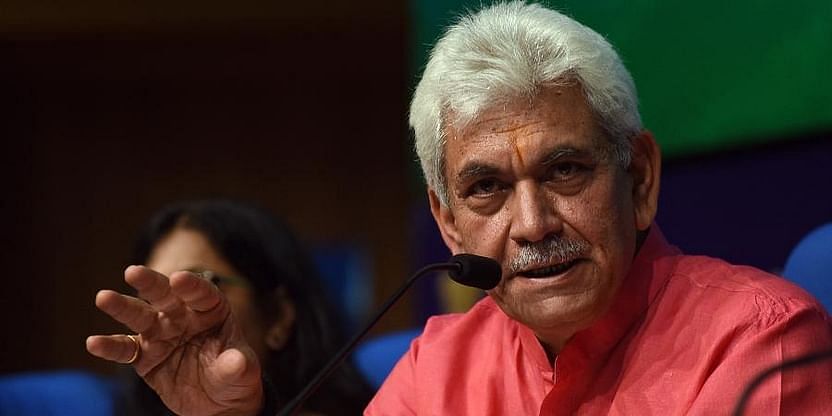