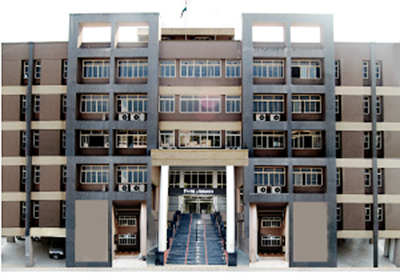 Ahmedabad/Valsad  : Two judges of the lower judiciary in Gujarat, who were suspended last month on charges of taking money to settle cases during their posting in Vapi court in 2014, have been arrested by the vigilance cell of the Gujarat High Court under the Prevention of Corruption Act. Both the judges of the rank of Judicial Magistrate First Class–A D Acharya and P D Inamdar–who were caught on camera allegedly discussing about settlement of money to pass favourable orders, were on Friday sent to 14 days judicial custody by a Valsad court.

The two judges were on Friday sent to Navsari sub-jail by Valsad district court judge M M Mansuri after their bail plea was turned down. The Vigilance Cell of the High court initiated inquiry in the case on a complaint by a Vapi-based lawyer Jagat Patel, who had alleged that they indulged in corruption. According to Patel’s complaint, he had fixed spy cameras in the court-rooms of both the judges which recorded their activities for three months from February to April 2014.

In the recording, they were allegedly found talking to lawyers on phone and in person about dealing and negotiating the amounts to give favourable orders. The HC Vigilance Cell began a probe on the issue and later booked the judges under the PC Act.