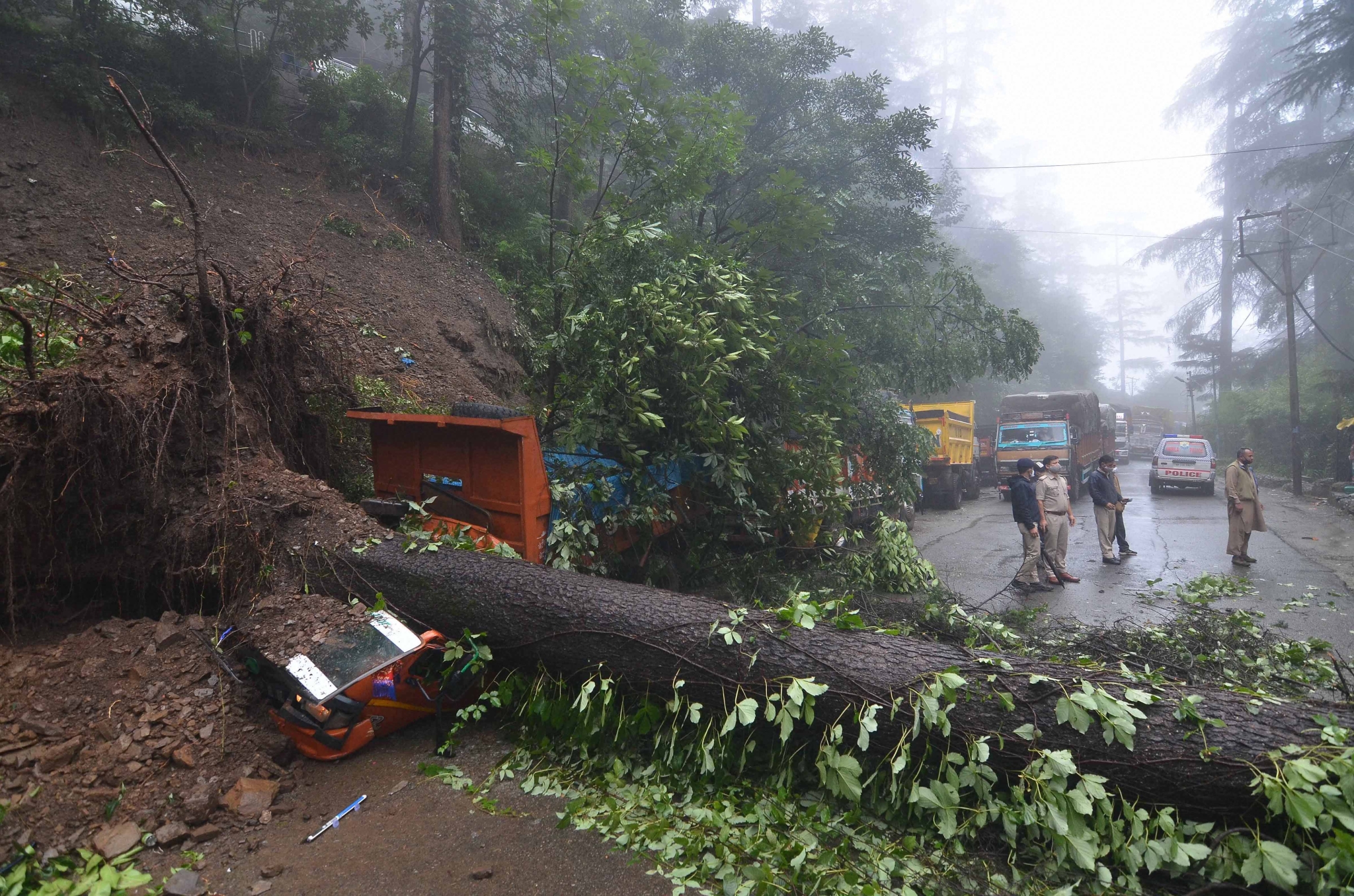 Leh: A bridge and standing crops were damaged on Sunday in flash floods in several villages in Ladakh, where authorities sounded an alert after an outburst of an artificial lake resulted in blockage of the Zanskar river, officials said.

Chief Executive Officer, District Disaster Management Authority (DDMA), Sonam Chosjor said there was an outburst of an artificial lake near Rumbak village on Saturday, resulting in blockage of Zanskar river and thereby creating an artificial lake in the area.

The officials said the artificial lake triggered flash floods early Sunday morning, damaging the Rumbak bridge and standing crops spread over a large area in the village and adjoining areas.

However, there was no report of any casualty, the officials said.

The DDMA had issued an alert Sunday evening asking senior officers including chief engineer NHPC Nemo Basgo Project, sub-divisional magistrates of Liker and Khaltsi and Ladakh disaster response force to stay alert and prepared for flooding in the Indus river.

The population living downstream Nemoo was also asked to prepare for flooding in the river, the officials said.

They said the road approaching Rumbak, Zingchen, Yurutse and Rumchung has been cut off from the main road.

Senior officers are monitoring the situation that is well under control, the officials said.

Rainfall over NW Indian plains to reduce from today

Current rainfall activity over plains of northwest India is likely to reduce from Monday even as fairly widespread to widespread rainfall is very likely over Uttarakhand and east UP till August 26, the IMD said on Sunday. "Isolated heavy rainfall is also likely over above areas from Monday till August 26 and rainfall will reduce thereafter," it said in a release. The IMD has also predicted an enhanced rainfall activity over the northeast, sub-Himalayan West Bengal and Sikkim and Bihar from August 24.

Fairly widespread to widespread rainfall activity with isolated heavy falls very likely to continue over the northeast, sub-Himalayan West Bengal and Sikkim, and Bihar till August 24 and increase in intensity thereafter with isolated very heavy falls over sub-Himalayan West Bengal and Sikkim, Arunachal Pradesh, Assam, and Meghalaya between August 24 and 26 and over Bihar during August 25 and 26.