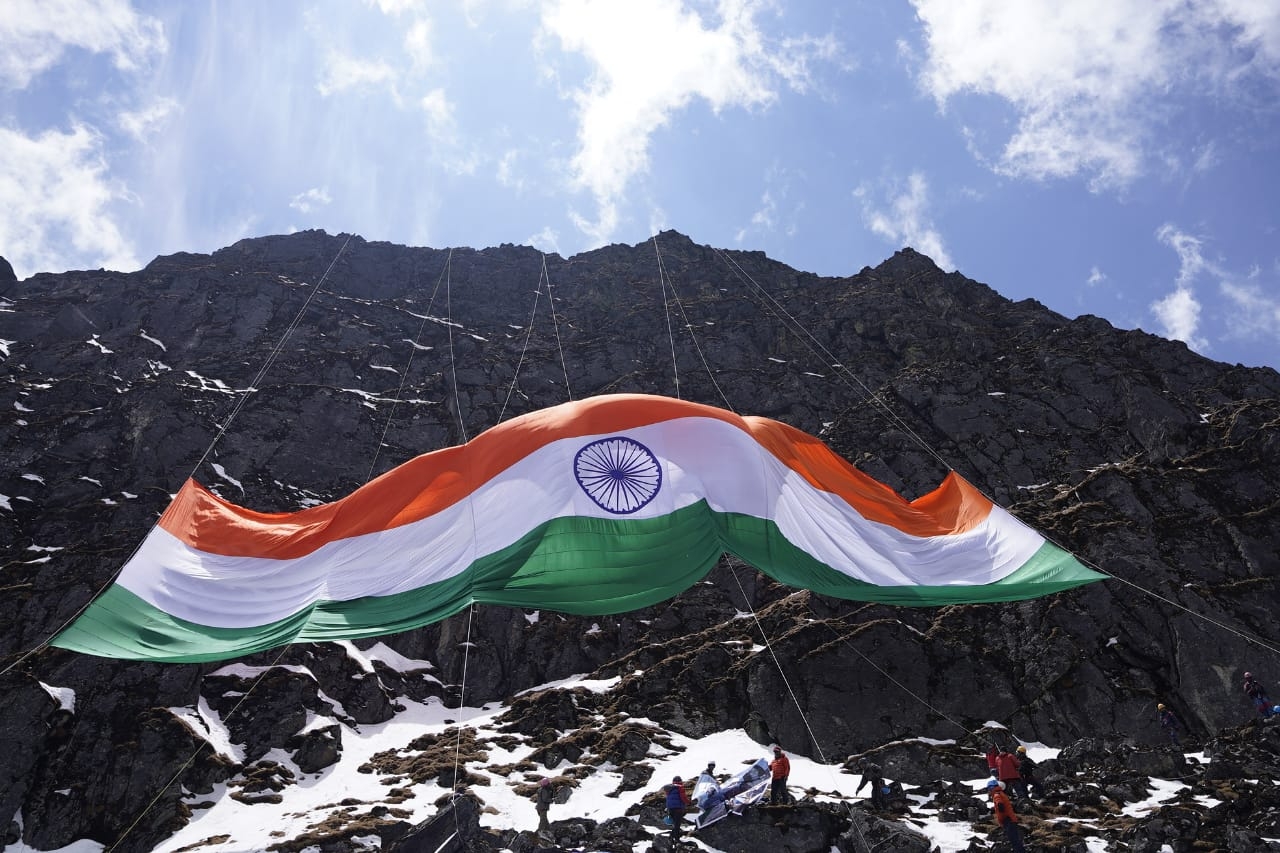 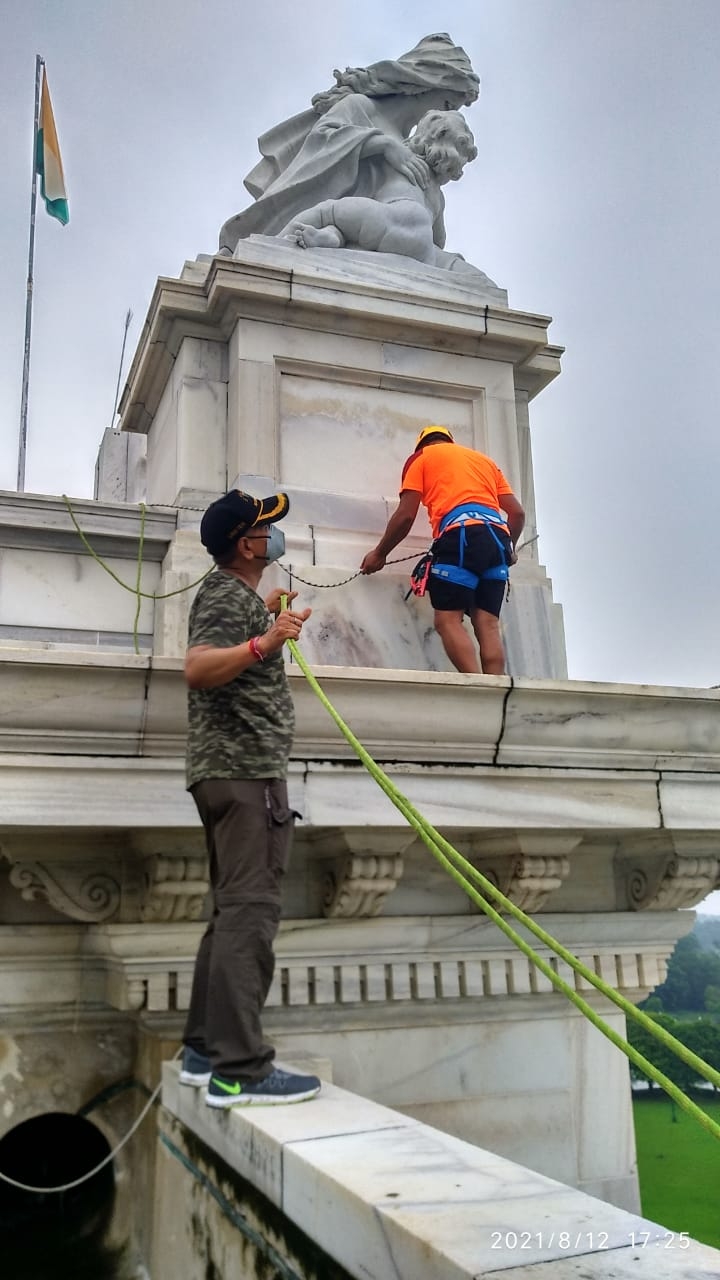 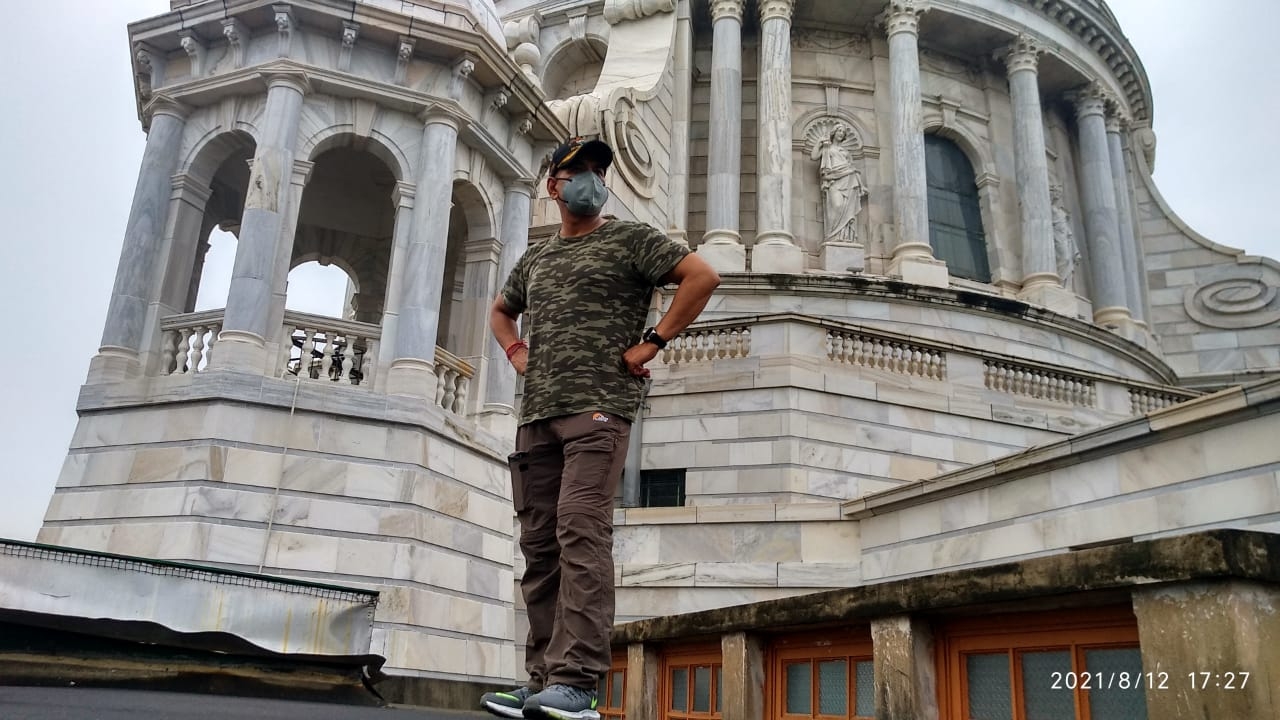 Notably, the 7500 square feet Indian National flag that will be dedicated to the Nation by West Bengal Governor Jagdeep Dhankhar had begun its journey on April 25 this year when it was unfurled by officials of the Himalayan Mountaineering Institute (HMI) atop Mt. Rhenock in the Sikkim Himalayas at an altitude of 16,500 feet. The Tricolour then travelled to Darjeeling, the Queen of Hills where it was unfurled once again at the HMI during the International Day of Yoga on June 21.

Speaking at this initiative, Jayanta Sengupta, Curator and Secretary, Victoria Memorial Hall said that the irony of history cannot be missed by anybody in this symbolic and spectacular event.

“India tourism Kolkata and HMI, Darjeeling, had taken a unique initiative on the 75 th Independence Day and Victoria Memorial being one of the grandest buildings and ion of the city is chosen for this spectacular event,” said Jayanta.

Sagnik Chowdhury, Dy. Director General and Regional Director (East), Ministry of Tourism said that the event will showcase the achievements as a Nation in the last 75 years.

“The Government of India is celebrating Azadi Ka Amrit Mahotsav in all corners of the country. We feel honoured to partner with Victoria Memorial Hall, the most visited museum in India,” mentioned Sagnik.