New Delhi: Finally, the Ministry of External Affairs (MEA) has come out with a statement to register its displeasure over the referendum on Khalistan carried out in Canada recently calling it "deeply objectionable and politically motivated."

MEA spokesperson Arindam Baghchi said, "It's a farcical exercise that was held by extremist & radical elements in Canada. Matter was taken up with Canadian authorities. We find it deeply objectionable that politically motivated exercises are allowed in a friendly country." 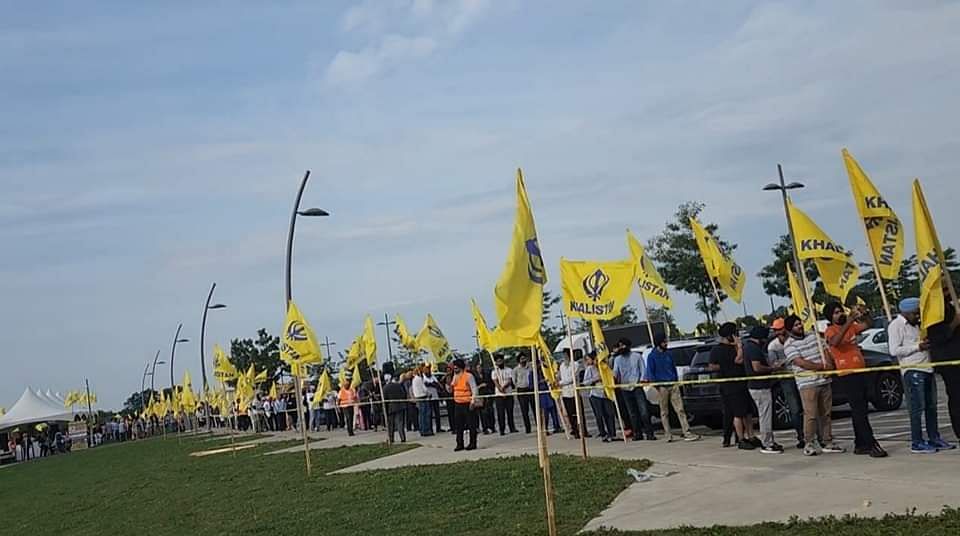 The pro-Khalistani group Sikhs For Justice (SFJ), banned by India 2019, claimed that over 100,000 Canadian Sikhs came out to vote during the Khalistan Referendum in Brampton, Ontario on September 19. Visuals on social media showed a large number of people queueing up to vote.

The SFJ has been campaigning and demanding to turn Punjab into a separate country, namely Khalistan.

Although the Indian government had cautioned the Justin Trudeau government against encouraging anti-India forces growing in Canada, the country refused to stop them from expressing their views by holding the Khalistan Referendum, terming it as "a peaceful and democratic process within the legal parameters of the Canadian laws.