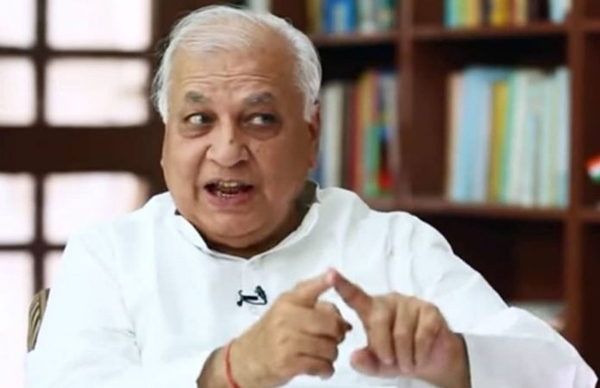 Thiruvananthapuram: Kerala Governor Arif Mohammed Khan faced an embarrassing situation, when organisers of a function commemorating the late Congress leader K Karunakaran, who had invited him to the function, phoned the Raj Bhavan and requested him not to attend it.

The change of heart by the Congress has been necessitated by the stand of the Governor justifying the Citizenship Amendment Act and asserting that it was not directed against any particular community.

The governor's office, however, asked Congress to send an official communication, rescinding the invitation. But in view of the controversy, it is unlikely that Arif Mohammed Khan would attend.

K Muraleedharan, Congress MP and the son of the late Karunakaran, assailed the governor for his stand on CAA and accused him of behaving in a manner that was unbecoming of the constitutional position he was holding.  The governor, however, reiterated his position.

Meanwhile, the rift in the party over the combined agitation with the ruling Left Front against the new citizenship law is continuing unabated, with state party president Mullappally Ramachandran opposing any truck with CPI-M in organising protest against the draconian law.

In the joint protest in the state capital on December 16, CM Pinarayi Vijayan and Leader of Opposition Ramesh Chennithala had shared the dais, inviting criticism from a certain section of the opposition United Democratic Front.