Youth Congress workers staged a massive protest outside Union Home Minister Amit Shah's Delhi residence demanding resignation and arrest of Karnataka Minister KS Eshwarappa who has been accused for death of a BJP activist and contractor.

The protest has been led by by youth congress president Srinivas BV outside the union minister's residence where the party workers clashed with the police deployed at the residence of Mr Shah. Protestors held slogans to and echoed the demand for the resignation and arrest of the Karnataka minister.

Today a case has been registered against Eshwarappa for abetment of suicide over the death of a civil contractor in Udupi. The police said Eshwarappa has been named as the first accused in the case.

Chief Minister Basavaraj Bommai said he would speak to Eshwarappa personally on the issue to find out what actually happened.

The FIR was registered on Tuesday night following a complaint from Prashanth Patil, brother of Santhosh Patil, who had levelled bribery charges against the senior minister earlier.

Patil was found dead at a lodge in Udupi in a case of suspected suicide on Tuesday.

The complaint by Prashanth named minister Eshwarappa and his staff members Ramesh and Basavaraj as the accused.

In the complaint, Prashanth Patil said in the year 2020-21 residents of Hindalaga village had called on Eshwarappa in the state capital and requested him to lay roads, construct storm water drain and pavement in the hamlet.

Massive protest outside the residence of HM Amit Shah by youth congress workers led by president @srinivasiyc to echo the demand for the resignation & arrest of Karnataka Minister K. S. #Eshwarappa. pic.twitter.com/cLYOV5q80g

He further stated that Eshwarappa gave the nod to start work without worrying about the budget, following which Santosh Patil was awarded the contract.

The complainant contended that his brother had undertaken works worth Rs 4 crore in the village. He had invested his money in the project and the bill for the work was pending. Santhosh had visited minister Eshwarappa several times and pleaded him to release the amount.

But his close aides Basavaraj and Ramesh were demanding 40 percent commission, the complaint alleged.

Patil's death had on Tuesday triggered a major political row with the Congress demanding the ouster of Eshwarappa even as its senior leader Rahul Gandhi had targeted Prime Minister Narendra Modi and state Chief Minister Basavaraj Bommai over the issue. 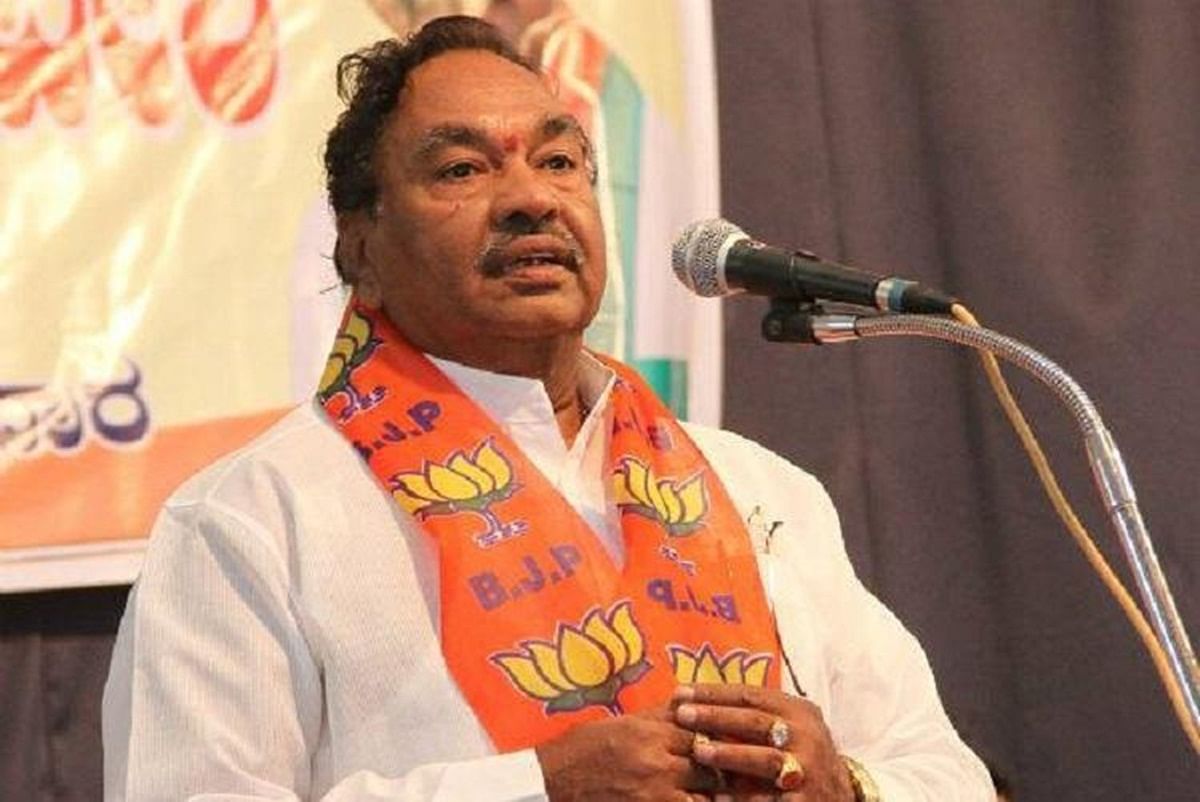