Bengaluru: Karnataka Chief Minister Basavaraj Bommai on Thursday said allocation of portfolios to 29 Ministers inducted into his new cabinet, will be done on August 6.

"Allocation of portfolios will be completed tomorrow," Bommai told reporters here. A week after taking over as the Chief Minister of Karnataka, Bommai on Wednesday had expanded his new cabinet, by inducting 29 Ministers.

In the cabinet expansion exercise that was seen as the first challenge before the new Chief Minister, Bommai has tried to play safe, as he has by and large retained the old faces, as 23 of them were Ministers in the previous B S Yediyurappa cabinet, while six are new.

Senior party leader and Minister K S Eshwarappa said he was not aspiring for any specific portfolio and would abide by the decision of the CM and party leadership.

Pointing out that he had held departments like water resources, Energy and Revenue in the past, Eshwarappa, who was Rural Development Minister in the previous Yediyurappa government said, he has never asked for any specific portfolios and has effectively performed in what was given to him.

Minister Prabhu Chauhan though said, he is looking to get back the Animal Husbandry department, the portfolio he was in-charge of in the previous cabinet and work for the protection of "Gaumata" (Cows).

"Work in the department is half done, I as a Minister introduced anti cow slaughter law, we are setting up gaushalas, animal helpline, so Animal Husbandry department is my priority, but if I'm given some other also I will perform," he said.

Minister B C Patil, who held Agriculture portfolio in the previous cabinet also said, he would like to retain the same portfolio as more work needs to be done in the department, but if CM allocates any other, he would perform happily.

"The CM asked me which portfolio I wanted.. I leave it to him... I'm ready to do whatever I'm allotted," he said. B C Nagesh, who has become Minister for the first time said, he had never expected to become a Minister, so there is no aspiration for any specific portfolio.

"I will do my best in whichever department I'm given." 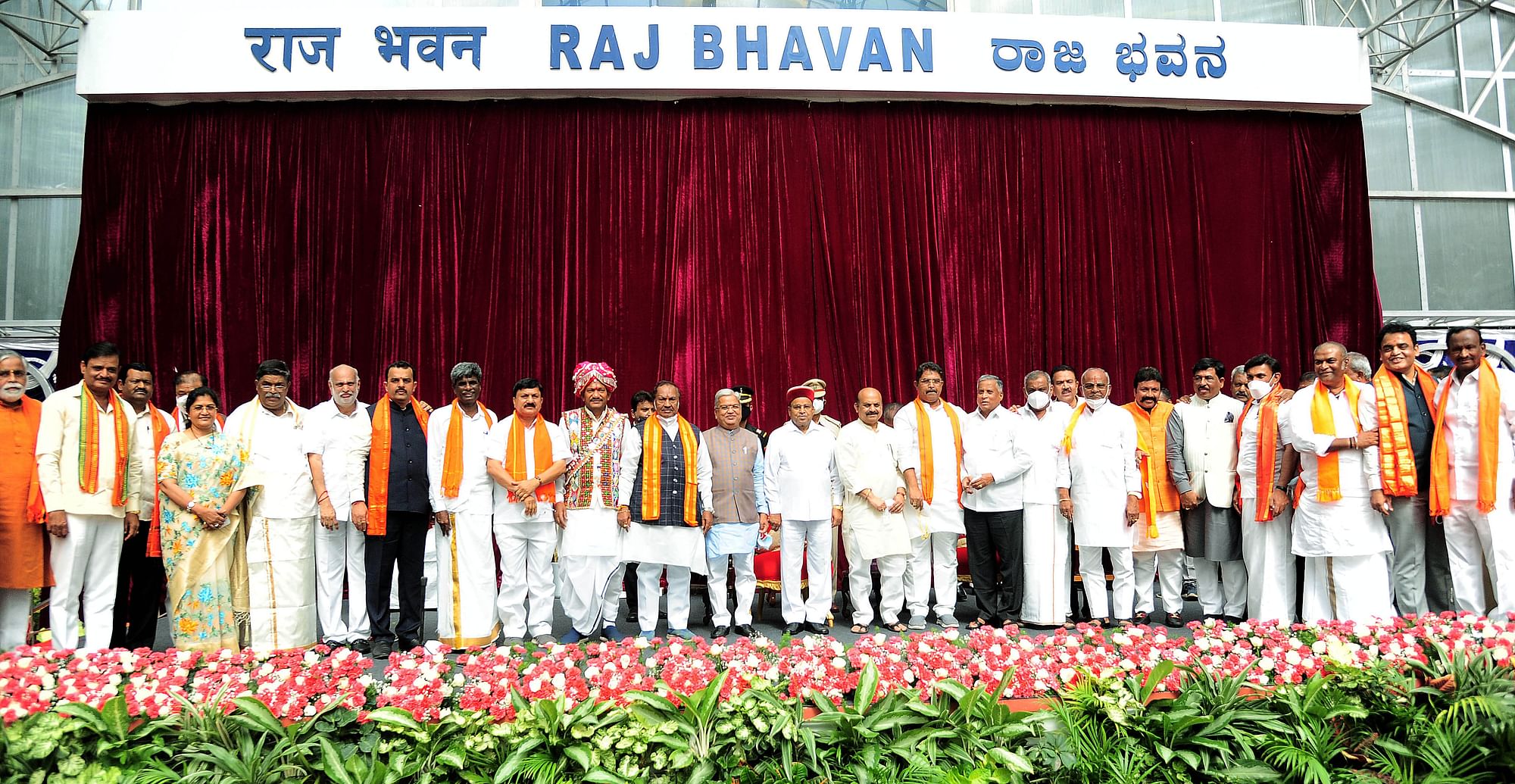