He was married to actor Shaukat Azmi and had two children, actor Shabana Azmi and cinematographer Baba Azmi.

Kaifi Azmi is known as a revolutionary, contrarian and rebellious poet. Kaifi Azmi became a very famous poet-lyricist in the Hindi film industry . He was a member of Communist Party of India and also dedicated his life to promoting Marx's ideas.

His first ghazal was 'Bahraich Itna To Zindagi Mein Kisi Ki Khalal Pade' which he wrote at the age of Eleven.

His father gave him a test to write a ghazal. Azmi also accepted the challenge and completed a ghazal. In 1942 he became a full-time Marxist and accepted the membership of the Communist Party of India in 1943. He was acclaimed by other progressive writers of Lucknow over there.

He became a member of Progressive Writers' Movement of India. At the age of twenty-four, he started working in textile mill areas of Kanpur and later became a full-time worker. He shifted to Mumbai and worked among the workers and also worked for the party.

He wrote Aavara Sajde (Vagabond Obeisances) when the CPI and CPM split in the 1960s. He was married to actor Shaukat Azmi and had two children, actor Shabana Azmi and cinematographer Baba Azmi.

In 1975, he won the National Award and Filmfare Award for screenplay and dialogues in M.S. Sathyu’s Garm Hava.

He returned to his home in Mijwan and worked over there to make it a model village. The UP government named the road leading to Mijwan, as well as the Sultanpur-Phulpur highway after him. A train from Delhi to Azamgarh is also named after him as the Kaifiyaat Express. 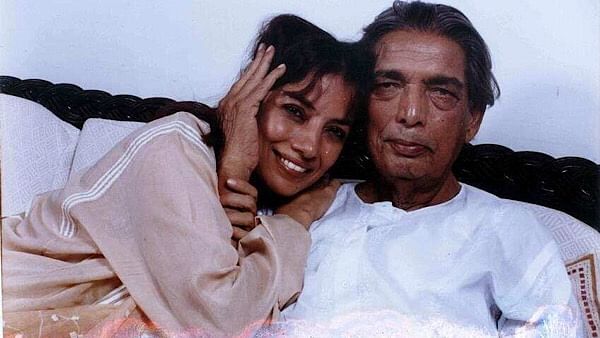