Jharkhand: Man lynched by mob of 150 for cutting tree of religious belief

The incident took place in Kolebira Police Station area on Tuesday afternoon. The victim has been identified as Sanju Pradhan.
ANI 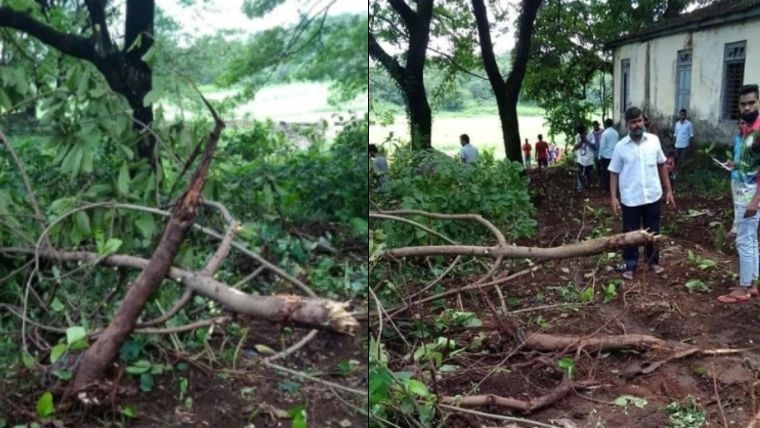 Simdega: A man was lynched in Jharkhand's Simdega by a mob on Tuesday for allegedly hurting religious sentiments by cutting a tree.

The incident took place in Kolebira Police Station area on Tuesday afternoon. The victim has been identified as Sanju Pradhan.

According to police, around 100 to 150 people lynched the victim to death as he had hurt the religious sentiments by cutting and selling parts of a particular tree.

"This tree has religious importance for the Munda community and they are very sentimental about it. The deceased had cut these trees in October 2021. This had hurt the sentiments. Today a large number of people held a meeting and decided to beat him which lead to the victim's death," said Simdega police.

The family of the deceased told police that the mob first beat him with sticks and bricks. They put him on fire after he died.

"Body has been sent for postmortem. He died of beating or due to fire will be ascertained after autopsy. FIR is being registered with appropriate sections. Identification of accused is going on," said Superintendant of Police, Simdega Dr Shams Tabrez.