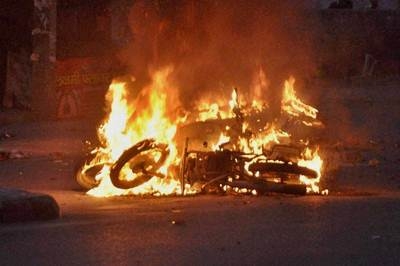 Rohtak: Tension prevailed in Meham in the district, which has been worst hit by the Jat stir for quota, after a mob of about 2000-2500 people went on the rampage setting on fire a police station, a petrol pump, a government building and a banquet hall today.

“The police station has been set on fire by a group of about 2000-2500 people. They went on rampage today and also set on fire a petrol pump, a government building and a banquet hall,” Sub Inspector and SHO of Meham Police Station, Rajender Singh said.