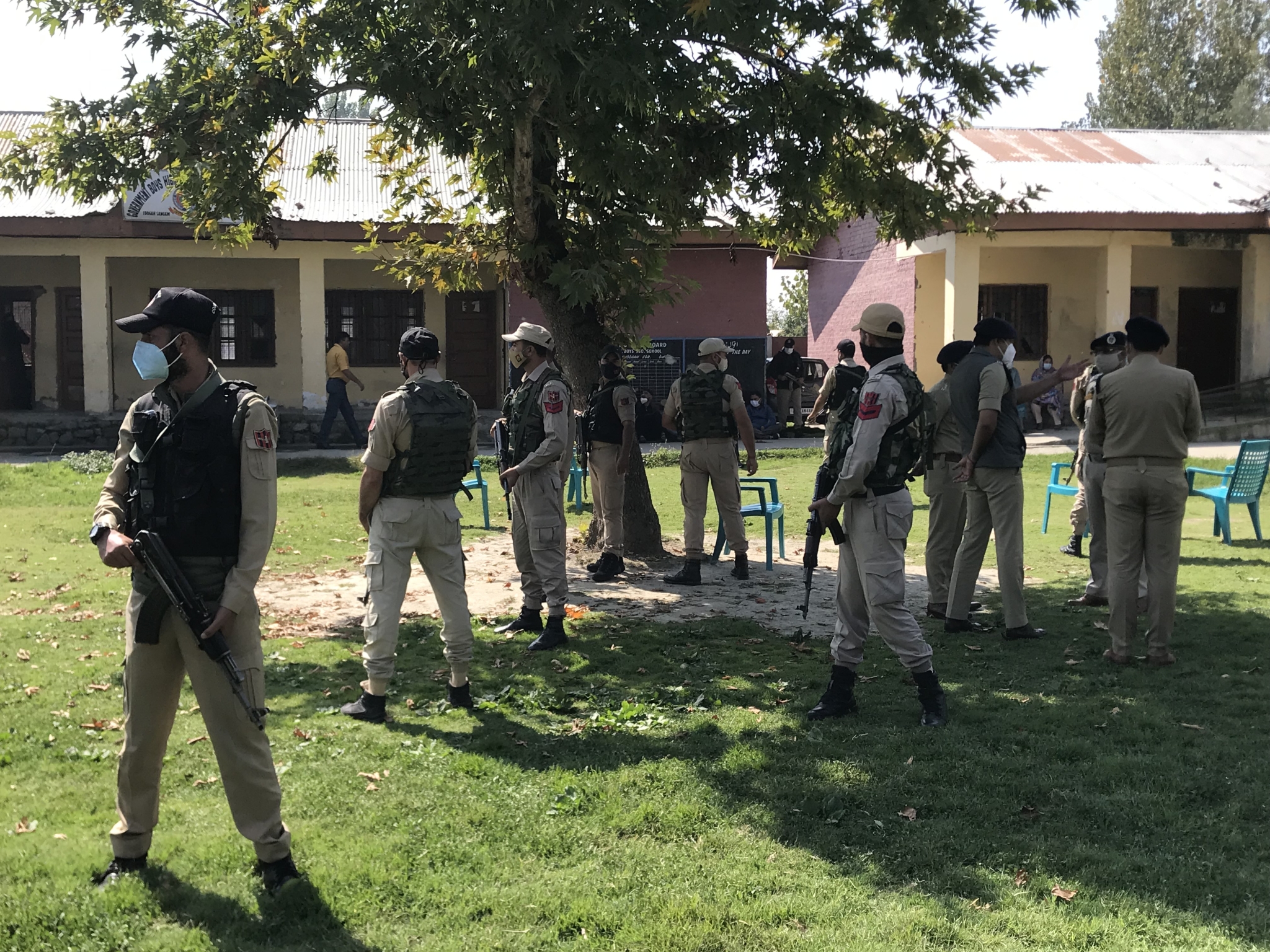 Police men stand guard as as teachers sit inside the school campus where suspected militants killed two school teachers on the outskirts of Srinagar. | Sajad Hameed/FPJ

SRINAGAR: Two government school teachers, including a woman, were shot dead by militants in Eidgah area of downtown Srinagar amid increasing attacks on civilians in Jammu and Kashmir. Of the seven killings in the last five days in the Kashmir valley, four are from the minorities.

The killing took place at about 11.15 am and the deceased were identified as Supinder Kaur and Deepak Chand – a Sikh and a Kashmiri Pandit; the police believe the killings were ‘targeted’.

On Tuesday, Makhan Lal Bindroo, owner of Srinagar's most famous pharmacy, was shot dead by assailants from point blank range while he was at his shop. Within an hour, militants struck in Hawal area of the city, killing a non-local street vendor. The vendor, who used to sell bhelpuri, was also shot at point blank range and died on the spot. He was identified as Virender.

Peoples Democratic Party Mehbooba Mufti said the Centre's claims of building a 'Naya Kashmir' has been refuted. "Disturbing to see the deteriorating situation in Kashmir where a minuscule minority is the latest target. GOI's claims of building a Naya Kashmir has turned it into a hellhole. Its sole interest is in using Kashmir as a milk cow for its electoral interests," she wrote on Twitter.

Bharatiya Janata Party (BJP) J&K spokesman Altaf Thakur also condemned the killings, saying the killing of unarmed teachers, who have nothing to do with politics, is nothing "but purely an inhuman act and frustration".

"Those who killed the two teachers have no religion. These teachers were teaching students, what was their fault," Thakur said.