A Hindu woman teacher from Jammu was shot dead on Tuesday by terrorists in the Valley's Kulgam district, evoking widespread condemnation.

The killing of Rajni Bala (36), who belonged to Samba district but was posted at a government school in Gopalpora, Kulgam, is the second killing of a non-Muslim government employee in May and the seventh targeted killing in Kashmir this month.

Police officials said Bala was injured in the attack and taken to a nearby district hospital where she was declared dead.

Earlier, officials had she was a migrant Kashmiri Pandit.

An official said the area has been cordoned off and a manhunt launched to track down the assailants.

"Those involved in this gruesome terror crime will be soon identified and neutralised," a police spokesperson said.

The woman's killing evoked widespread condemnation in the Valley.

"Very sad. This is yet another targeted killing in a long list of recent attacks directed at unarmed civilians. Words of condemnation & condolence ring hollow as do the assurances of the government that they will not rest till situation normalises. May the deceased rest in peace," National Conference vice-president Omar Abdullah tweeted.

"Rajni was from Samba District of Jammu province. A government teacher working in Kulgam area of South Kashmir, she lost her life in a despicable targeted attack. My heart goes out to her husband Raj Kumar & the rest of her family. Another home irreparably damaged by violence," he added.

PDP president Mehbooba Mufti said despite the Centre's claims of normalcy in Kashmir, targeted killings were on the rise.

"Despite GOIs fake claims about Kashmir being normal its obvious that targeted civilian killings are on the rise & a deep cause of concern (sic). Condemn this act of cowardice which sadly plays into the vicious anti Muslim narrative spun by BJP," she tweeted.

"A teacher, an innocent woman hailing from Samba, has been shot dead in Kulgam. May her soul rest in peace," he said.

BJP spokesman Altaf Thakur said he strongly condemned the attack. "Yet another dastardly act of terrorism in Kulgam. Attacking unarmed civilians, that too women, is no bravery but an act of frustration," he added.

This is second killing of a non-Muslim government employee in the month of May. On May 12, Rahul Bhat, a clerk, was shot dead inside the tehsildar's office in Chadoora tehsil of Budgam district.

Of the seven targeted killings that took place in Kashmir this month, three victims were off-duty policemen and four were civilians.

Read Also
Jammu and Kashmir: 2 more militants killed in Valley, including one who murdered civilian 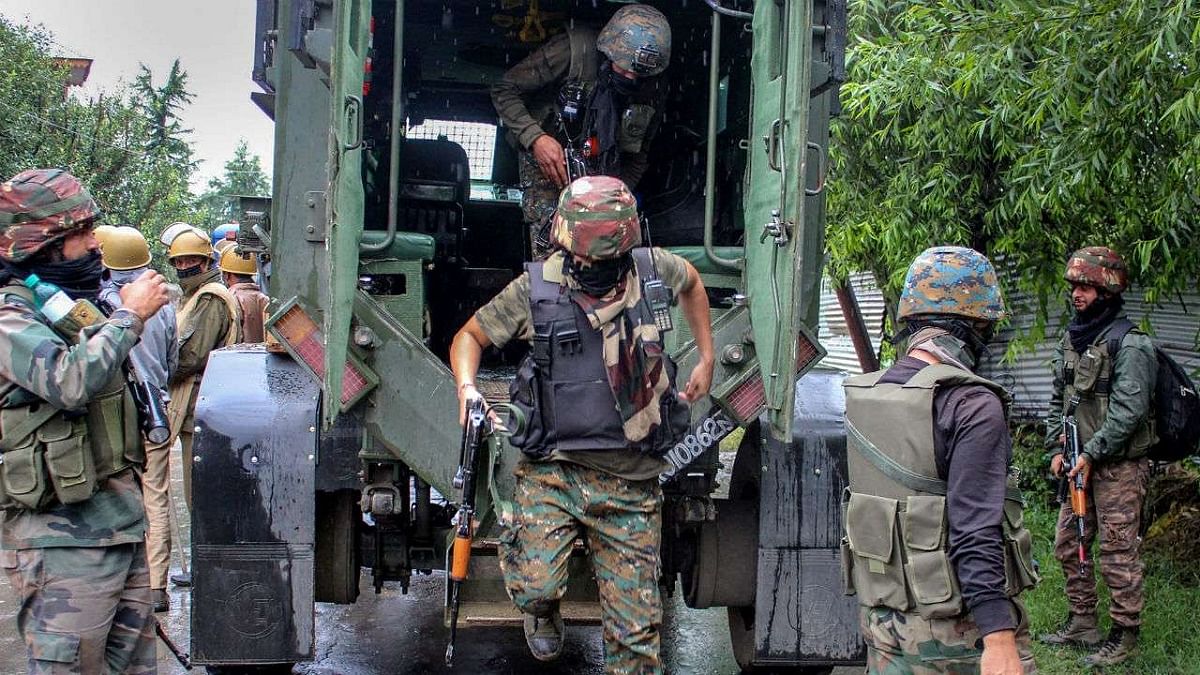