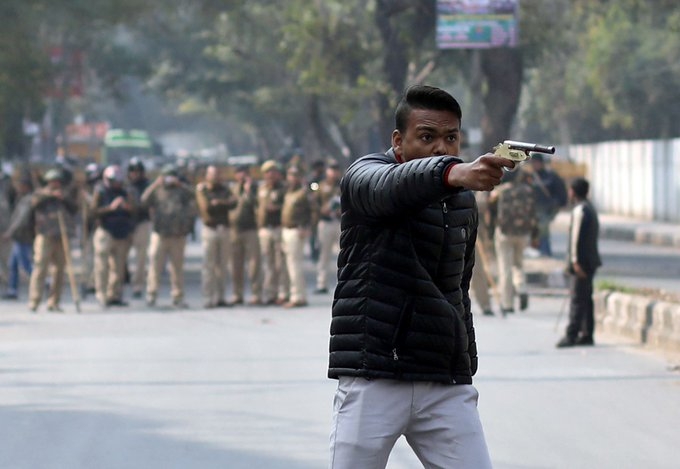 New Delhi: Congress has launched a scathing attack on the government after the incident at Jamia Millia Islamia where a man opened fire on the protesting students who were marching towards Rajghat on Thursday.

"The huge rise in hate crimes around the country are a reflection of the Godse fan club this govt has created through their venomous politics & idolisation of #NathuramGodse #BJPkaGodseRaj," Congress' official handle tweeted.

Congress has alleged that the firing on protesters is the result of the hate which BJP is propagating.

Congress spokesperson Manish Tiwari said that "the hate which killed Mahatma Gandhi is ruling the country and the firing which happened in Jamia is saddening but it is the result of the environment of hatred which is being built from last one month."

"The statements made by the BJP are fuelling this environment and this is to polarise Delhi which is done by people who are sitting at the top level in this government," he said.

Earlier on Thursday, a student of Jamia Millia Islamia was injured after man opened fire at the anti-CAA march. The attacker was apprehended by the police and the victim was admitted to hospital.

According to witnesses, Rambhakt Gopal Sharma was seen raising religious slogans before he opened fire with a country-made pistol at the anti-CAA rally.

He was shouting sarcastic slogans like "Abhi deta hoon tumhe azadi" ('I will give you freedom') against the protesters.