Bengaluru: After the world’s largest cricket stadium in his name, Prime Minister Narendra Modi literally reached new heights when a satellite launched by the Indian Space Research Organisation from the Sriharikota base Sunday had his photo engraved on it to symbolise the PM’s Atmanirbhar initiative and space privatisation. And with this, ISRO began its 2021 space yatra in a unique way.

Along with Modi, the timeless space also got an e-copy of the Bhagwad Gita which encompassed eternal values that is at the core of Hindu religion.

The PM and the Gita rode piggyback on IN-SPACe satellites that included three UNITYsats from a consortium of Indian academic institutes and one Satish Dhawan unit from Space Kidz India. While this will study space radiation, space weather and demonstrate long-range communication technologies among other things, it has the engraved picture of Modi and an e-copy of the Gita, saved on an SD-card..

These satellites were part of the 53rd Polar Satellite Launch Vehicle (PSLV) launch that happened at 10.24 am from the Satish Dhawan Space Centre, SAHR, Sriharikota. Its primary passenger was Brazil's 637-kg Amazonia-1, an optical earth observation satellite that would augment the remote sensing data to users for monitoring deforestation in the Amazon region and analysis of diversified agriculture across the Brazilian territory. Amazonia is the first commercial venture for NewSpace India Limited, the new marketing arm of ISRO that was created two years ago.

Amazonia-1, a sun-synchronous satellite, is the first one to be fully designed, integrated, tested and operated by Brazil’s National Institute for Space Research. It can generate images of any part of the world every five days, but would be used mainly to provide remote sensing data for users monitoring deforestation in the Amazon forests.

There were 18 other ‘co-passengers' including four of IN- SPACe and 14 of ISRO's commercial arm, NewSpace India (NSIL).

This is the first dedicated PSLV commercial mission for NSIL, which is undertaking it under a commercial arrangement with Seattle-based firm Spaceflight.

Though the headline-catcher was the PM’s engraved photo, the main excitement around the PSLV-C51 failed to happen when a satellite named Anand from Pixxel India, one of the several new start-ups, could not be part of the final ‘passenger’ list. Launch of the Pixxel India satellite would have taken India on the same path as companies like SpaceX or Planet Labs have been doing in the United States. 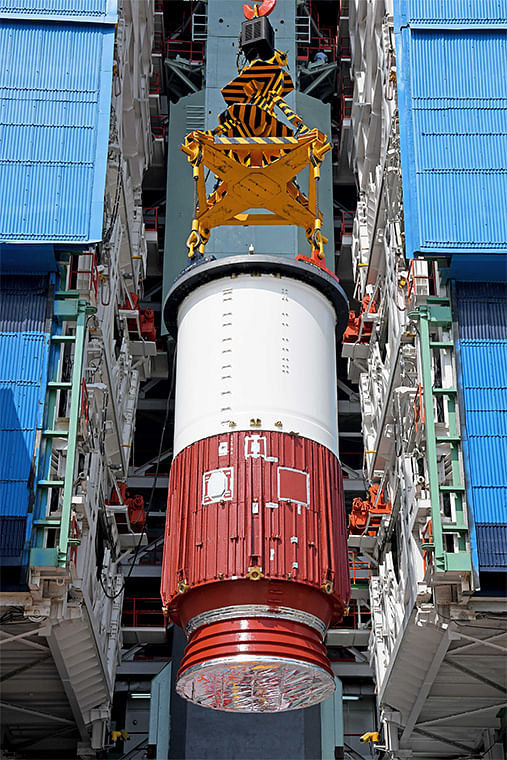 PSLV-C51/Amazonia-1 is the first dedicated commercial mission of NSIL, which is undertaking it under a commercial arrangement with Seattle, US-based satellite rideshare and mission management provider, Spaceflight Inc | The 637-kg Amazonia-1, which will be the first Brazilian satellite to be launched from India, is the optical earth observation satellite of National Institute for Space Research (INPE) | A day before the launch of the sattelite, in view of the strict COVID-19 pandemic norms in place at SDSC SHAR, Sriharikota, gathering of media personnel was not planned there and launch viewing gallery was also closed | 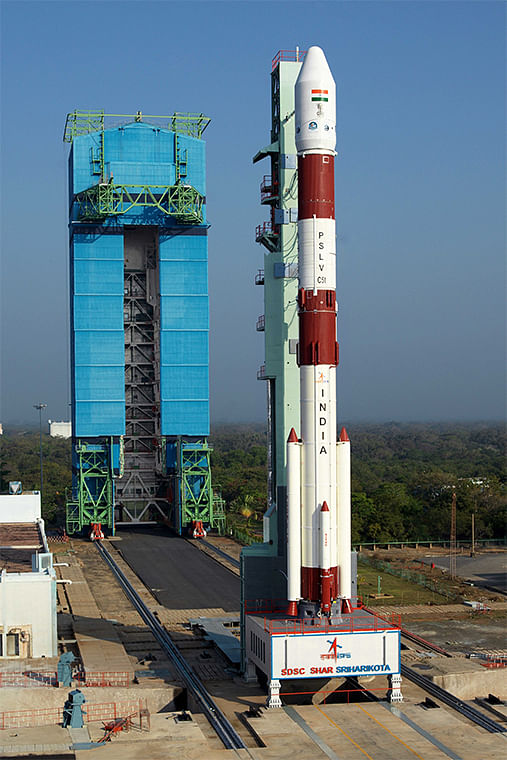 Moments before the launch | 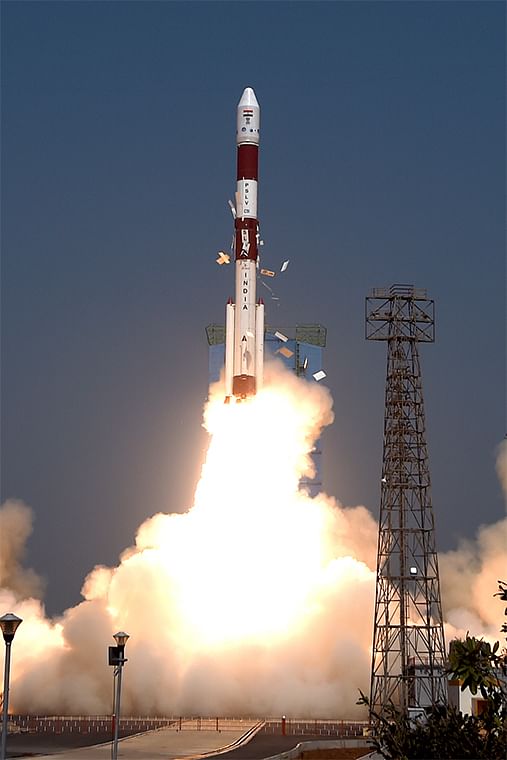 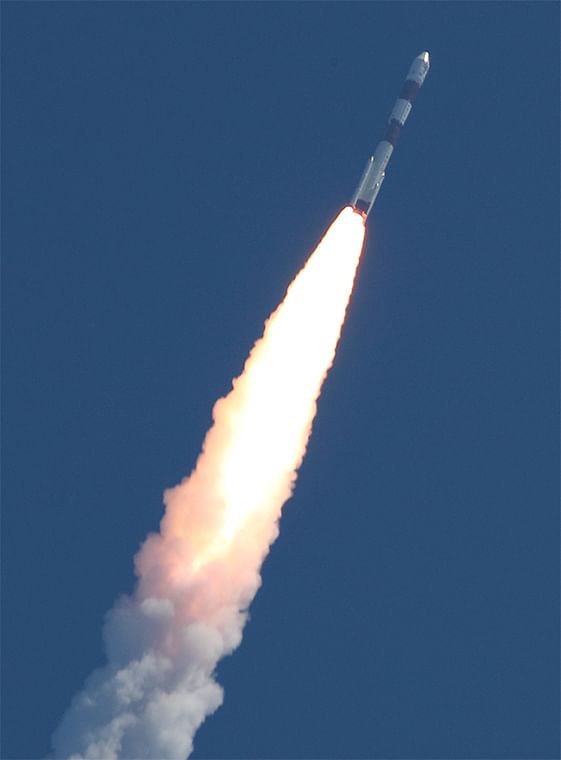 The Polar Satellite Launch Vehicle PSLV-C51 lifted off at around 10.24 am from the first launch pad of the Satish Dhawan Space Centre (SHAR) and first injected into orbit primary payload Amazonia-1 about 17 minutes later |

Bengaluru-based Pixxel India plans to place a vast constellation of earth-imaging satellites for continuous monitoring of every part of the globe, and beam high-resolution imagery and other data that can be utilized for a variety of applications in climate change, agriculture and urban planning.

Anand could not make it as the company withdrew its satellite due to “certain software issues” during testing. “Given the time and effort that has gone into making the satellite, it did not make sense to rush a satellite to launch in which we do not have complete confidence at this time. We have thus decided to push our launch by a few weeks, re-evaluate the satellite software, and test it rigourously over the next few weeks as we look for the next closest launch opportunity,” the company said in a statement.

In fact, ISRO chairman K Sivan had said that the launch of PSLV-C51 would be “special” because of Pixxel India’s satellite since it marked the beginning of a new age in which private companies would become an equal partner in India’s space sector.

“Definitely, PSLV-C51 is going to be a first of its kind in the country. It is going to initiate a new era of space reforms in India and I am sure that these private people would take this activity further and provide services for the entire country,” he had said in December.