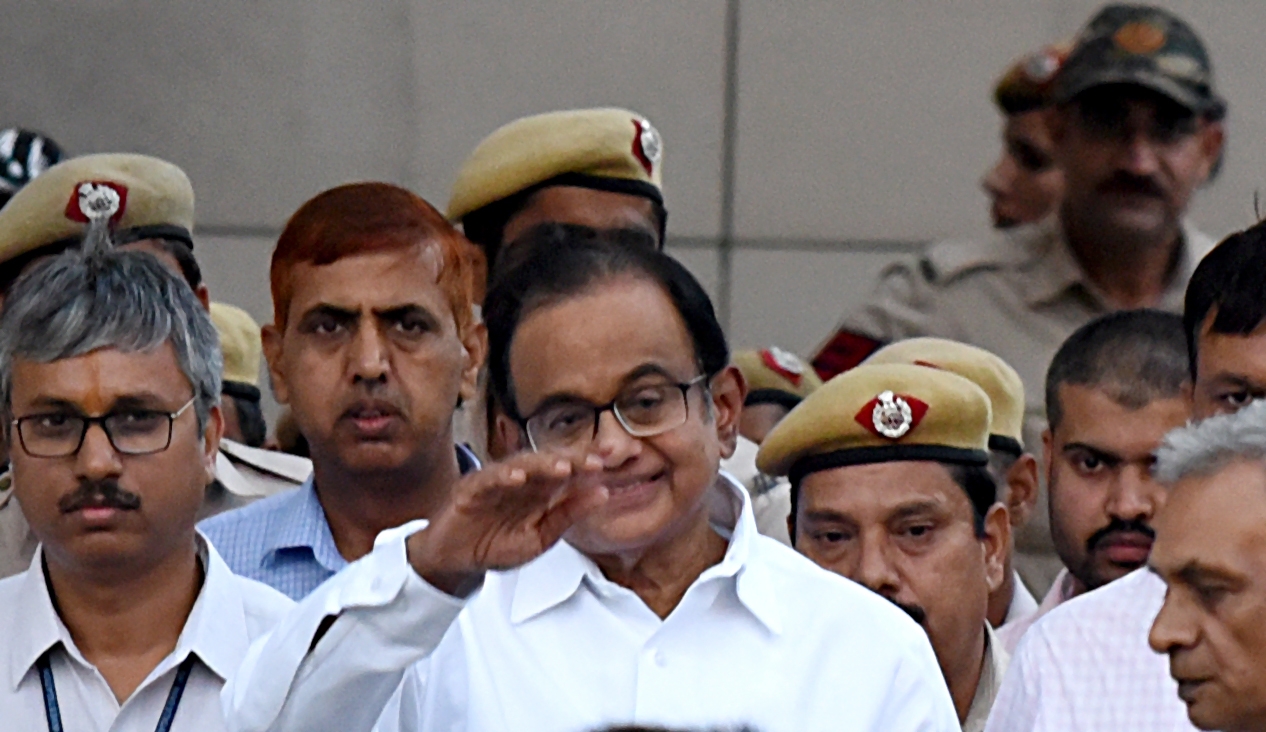 Chidambaram is in Tihar jail in connection with the INX Media corruption case lodged by the CBI and will be produced before Special Judge Ajay Kumar Kuhar on October 14 following the production warrant issued against him on the ED's plea.

Taking note of the plea, argued by Solicitor General Tushar Mehta and special public prosecutor Amit Mahajan, the special court issued the warrant directing Tihar jail authorities to produce Chidambarm before it at 3 pm on Monday, when the probe agency can formally arrest and quiz him in custody.

The development assumes significance as Chidambaram has been denied anticipatory bail by the Delhi High Court and the Supreme Court in the money laundering case filed by the ED.

The probe agency told the court that his custody is required for seeking information about shell companies abroad as also 17 bank accounts.

The court had earlier dismissed the Congress leader's plea seeking to surrender in the money laundering case, after the ED said it would arrest him when it needs his custody.

Mehta had argued then that certain aspects were required to be probed before his custodial interrogation.

The Supreme Court had dismissed his plea against the August 20 order of the Delhi High Court which denied him pre-arrest bail in the ED case. It had dismissed his anticipatory bail plea in the cases lodged by both the ED as well as the CBI.

Thereafter, the CBI arrested him on August 21 from his Jor Bagh residence.

The CBI had registered an FIR on May 15, 2017, alleging irregularities in the Foreign Investment Promotion Board (FIPB) clearance granted to the INX Media group for receiving overseas funds of Rs 305 crore in 2007 during Chidambaram's tenure as the finance minister.

Thereafter, the ED had lodged a money laundering case in this regard in 2017.