Amid raging protests over the controversial citizenship law across India, Momen hoped that the situation "cools down" and the neighbouring country "can get out of it".
Asim Kamal 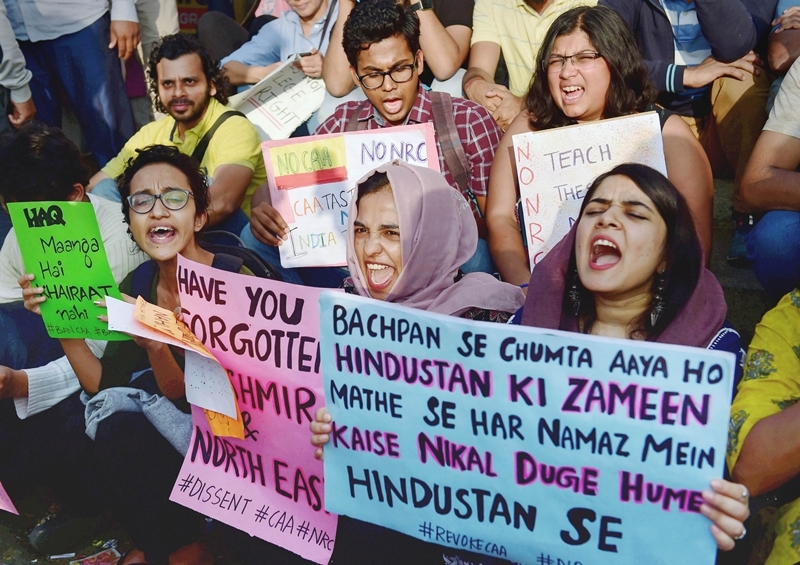 DHAKA: The CAA and the NRC are India's "internal issues", Bangladesh Foreign Minister A K Abdul Momen has said, but voiced concern that any "uncertainty" in the country is likely to impact its neighbours.

Amid raging protests over the controversial citizenship law across India, Momen hoped that the situation "cools down" and the neighbouring country "can get out of it".

"The CAB and the NRC are internal issues of India. Indian government assured us time and again that these are their domestic issues, they are doing it because of legal and other reasons," Momen told PTI when asked about the protests against the two citizenship exercises, especially in the north-eastern states. CAA protest Updates: Priyanka Gandhi meets the family of men who died during protests in Bijnor

Prime Minister Narendra Modi, too, while talking to Prime Minister Sheikh Hasina had assured that under no circumstances it will affect Bangladesh, Momen said.

The minister asserted that his country trusts India. However, he said, "We are India’s number one friend in the region. So, if there is uncertainty in India, it is likely to affect its neighbours.

Just as when there was an economic downturn in the US, it impacted other countries because we of global linkages. So, our fear is that uncertainty in India might affect us; and that is worrisome.’’

Momen said recently Dhaka requested New Delhi to provide a list of Bangladeshi nationals living illegally in India, "if any", who had to be repatriated.

He had also cancelled his visit to India beginning December 12, hours before he was to arrive in New Delhi.

The minister had said his busy schedule coincided with national events, which required his presence. However, diplomatic sources in New Delhi had said that Momen and Home Minister Asaduzzaman Khan cancelled their visits to India over the situation arising out of the passage of the controversial Citizenship Bill.