Insult to people and Constitution: PM Modi lashes out at Opposition members for their conduct in Parliament 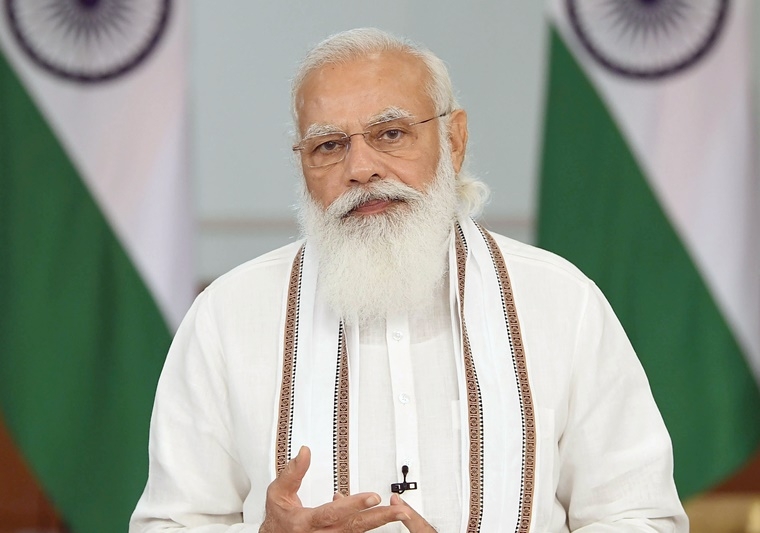 Prime Minister Narendra Modi on Tuesday once again attacked the Opposition for not allowing Parliament's monsoon session to function.

PM Modi accused Opposition leaders of insulting the legislature and the Constitution with their conduct.

At the BJP parliamentary party meeting, PM Modi asked his party colleagues to maintain restraint during House sessions even as though disruptions by Opposition MPs have become the order of the day.

While a TMC member in Rajya Sabha had torn the statement of IT Minister Ashwini Vaishnaw on the Pegasus issue, several opposition members had torn papers in Lok Sabha and threw it in the air and towards the Chair.

He had tweeted, "In the first 10 days, Modi-Shah rushed through and passed 12 Bills at an average time of UNDER SEVEN MINUTES per Bill. Passing legislation or making papri chaat!" Such comments are "derogatory" of parliamentary procedure and esteem of elected representatives, Muraleedharan said quoting PM Modi.

The conduct of the opposition is an "insult" to Parliament and the Constitution, Joshi said, quoting the Prime Minister.

"Making papri chaat' was an insulting comment. Tearing of papers, throwing them & not apologising is arrogance is what PM Modi said," Joshi said.

The Opposition has stalled Parliament's proceedings demanding a discussion on the Pegasus snooping row, an issue dismissed as inconsequential by the government.

The BJP parliamentary party also hailed Modi at the meeting over the government's decision to provide reservation to the OBC and the EWS in the all-India quota of medical entrance test NEET.

For the last few days, the business of both the Houses of the Parliament remained majorly disrupted due to the continuous ruckus created by the Opposition over the issues including farmers' protest, Pegasus spyware, COVID-19 and inflation. The Monsoon Session commenced on July 19, 2021, and will continue till August 13, 2021.