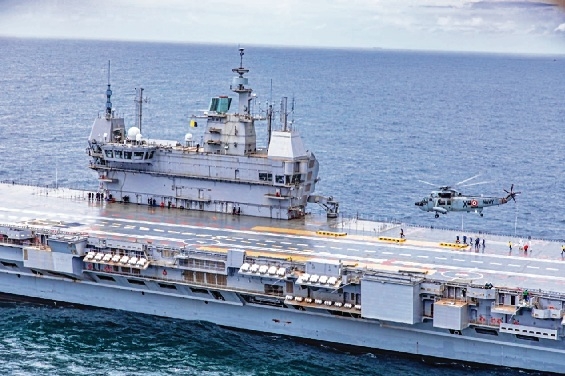 The sea trials of India’s first indigenous aircraft carrier (IAC) Vikrant, the largest and most complex warship built in the country, began its sea trials on Wednesday. |

-- The Indian Navy described it as a "proud and historic" day for the nation and said India has joined a select group of countries having niche capability to ingenuously design, build and integrate a state-of-the-art aircraft carrier.

-- The aircraft carrier is expected to be commissioned into the Indian Navy in the second half of next year.