Considering the ongoing ceasefire along the border, this gesture is aimed at further enhancing peace and harmony in the union territory, a defence spokesman said.
PTI 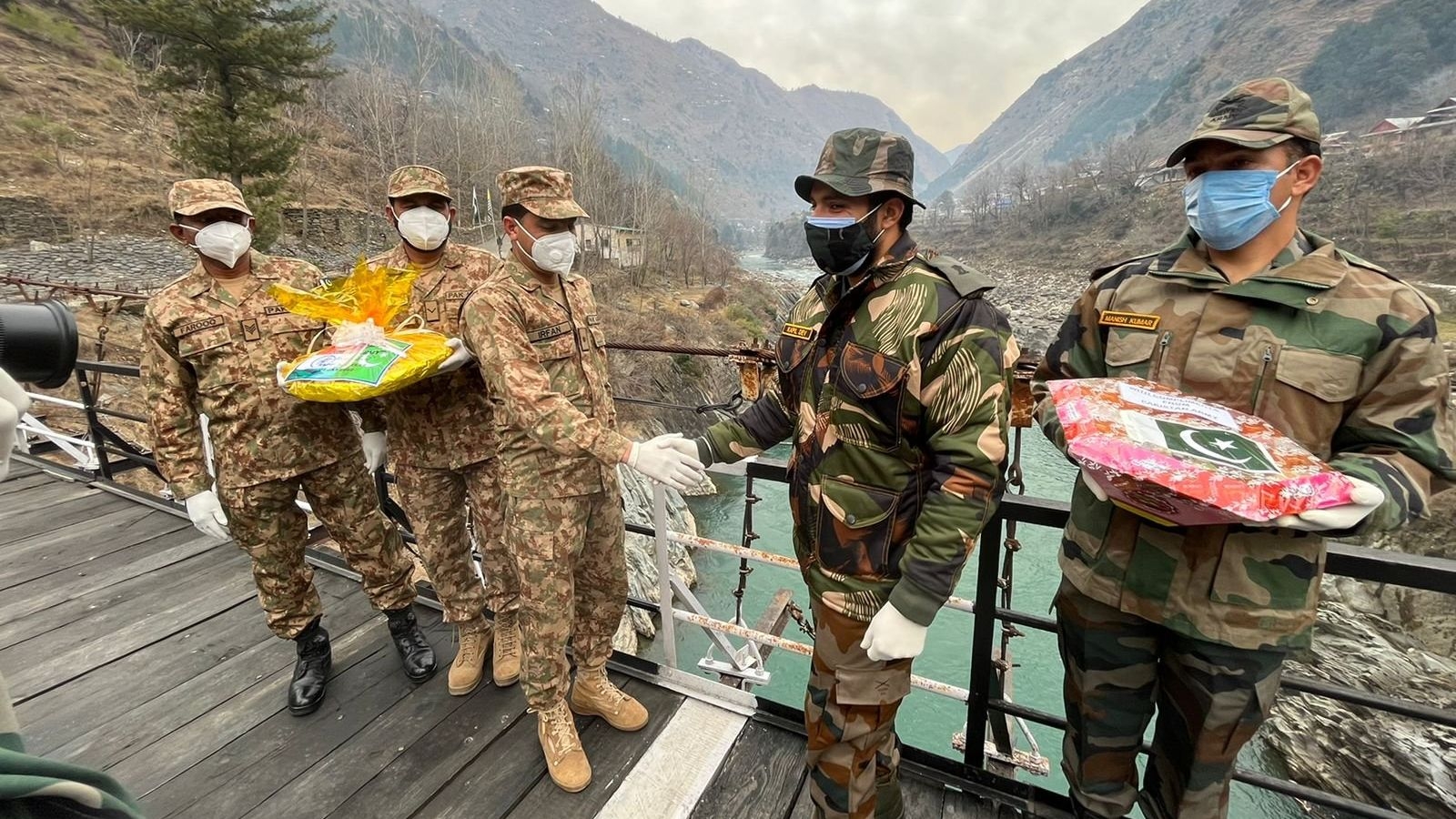 Jammu: As the renewed ceasefire between India and Pakistan along the borders in Jammu and Kashmir completes one year next month, troops of the two countries on Saturday exchanged sweets to mark the New Year along the Line of Control (LoC) in Poonch district, a defence spokesman said.

Considering the ongoing ceasefire along the border, this gesture is aimed at further enhancing peace and harmony in the union territory, he said.

"At the beginning of 2022, to promote mutual trust and tranquillity, the Indian Army exchanged sweets and greetings with the Pakistan Army at Poonch and Mendhar crossing points," the spokesman said.

India and Pakistan agreed for a renewed ceasefire along the borders in Jammu and Kashmir in February last year and barring a few violations, the agreement is holding much to the relief of border residents and farmers, who have started resuming farming activities even along the LoC and International Border. India hits out at China over renaming places in Arunachal Pradesh; China defends its claim