A ruling on this batch of cases with the Delhi High Court can decide tech companies' powers of censorship in the country of more than 1.3 billion people, at a time when Elon Musk's views on content moderation are in focus globally, according to Bloomberg

Twitter's decision to suspend lawyer Sanjay Hegde's account about three years ago violates the Indian constitution and free speech rights, the Ministry of Information Technology said in a court filing last week, according to people with knowledge of the matter.

The government's current stance contrasts with a 2019 filing, when it said the matter was for Hegde and Twitter to resolve.

A ruling on this batch of cases with the Delhi High Court can decide tech companies' powers of censorship in the country of more than 1.3 billion people, at a time when Elon Musk's views on content moderation are in focus globally, according to Bloomberg.

While the Indian constitution includes the right to freedom of speech, it also bans expression or publication of anything that risks India's security, public order or "decency."

But the government of Prime Minister Narendra Modi has introduced a long list of new IT rules going beyond this. They require social media platforms to warn users not to post anything that's defamatory, obscene, invasive of someone else's privacy, encouraging of gambling, harmful to a child or "patently false or misleading" — among other things.

If the government orders it, platforms are required to take down such material. The rules also require platforms to identify the original source of information that's shared online or, in the case of messaging apps, forwarded among users. Company executives can be held criminally liable if the platforms don't comply.

Tech companies say these rules violate their users' freedom of expression and privacy, and amount to censorship. Free speech advocates warn that such rules are prone to politicization and could be used to target government critics.

But India — with nearly 1.4 billion people — is one of the tech companies' biggest markets. The country's hundreds of millions of internet users present a ripe business opportunity for companies such as Twitter and Facebook, especially since they're banned from operating in China.

And India's government — like others around the world — knows this.

Though India’s 23.6 million accounts amount to less than 2 percent of the country’s population, the platform has outsized influence due to its use by the urban elite, politicians, cultural icons, sportspersons and other celebrities, according to experts. 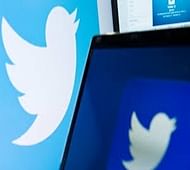