From Karnataka's 'pretha vivaah' to donkey ride in Maharshtra, here are a few traditions very unique to India.

India is a nation known for its rich and diverse heritage, culture and traditions. As India celebrates 75 glorious years of Independence, here are a few traditions very unique to India. From Karnataka's 'pretha vivaah' to donkey ride in Maharshtra, take a read at some bizarre culture and customs of our country.

The term 'Pretha vivaah' or Pretha kalyanam' translates closely to 'marriage of the dead.’ It is performed in the Dakshina Kannada district of Karnataka in honour of two people who died during childbirth. In a recent case of the less-heard-of tradition, two deceased infants were married to each other 30 years after their death .

A village in Maharashtra’s Beed district is known for their unique tradition during Holi celebrations. The people of Vida village get their “newest son-in-law” over a donkey ride and offer him new clothes of his choice to the conclusion of the travel. The tradition is believed to be not less than 90 years old, initiated by a resident Anandrao Deshmukh who was highly regarded by villagers.

The case of 'Pakadwa Vivah' refers to kidnapping a groom and getting him married off a sudden. Yes, the tradition is similar to scene of Dhanush-Sara's Bollywood film 'Atrangi Re where the Tollywood actor gets abducted for marriage with the female lead. The bride's family abduct young potential bachelors, who are financially and social secure to marry their girl.

In another unique custom spotted across some places in India, people from Delhi, Uttar Pradesh and neighbourhood were seen firing gun shots in the air during prominent celebrations, especially weddings. The act suchlike and cutting birthday cakes with a sword are considered inappropriate under law in the country. 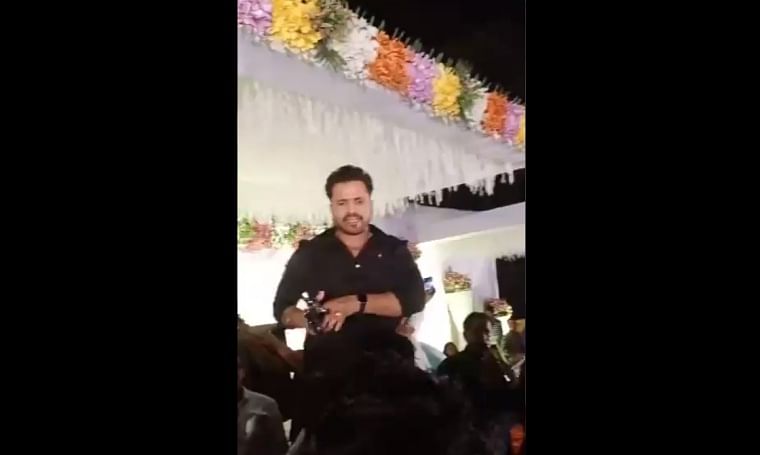