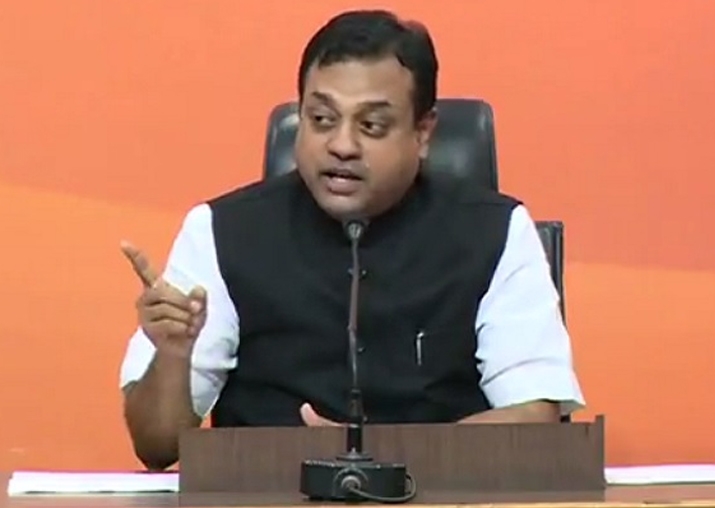 A day after French portal Mediapart's report emerged on alleged kickbacks paid before 2013 to a middleman involved in the Rafale deal, Bharatiya Janata Party national spokesperson Sambit Patra on Tuesday slammed Congress for corruption in the Rafale deal between 2007 to 2012 and termed the party as "'I need commission".

Addressing a press conference at BJP headquarters, Patra said, "We all saw the way the opposition parties, especially the Congress party, tried to create a false atmosphere regarding Rafale before the 2019 elections. They felt that this would give him some political advantage."

"Today, we are going to put some important documents in front of you, so that it gives a clear picture on whose era the corruption happened. A French media organization some time ago revealed that there was corruption in Rafale. This whole matter happened between 2007 to 2012," he added.

Slamming the Congress party, Patra said, "Indian National Congress, in my opinion, should be renamed 'I need commission'."

"We had seen kind of canards spread by Congress leader Rahul Gandhi and Congress before 2019 elections. Congress had done press conferences against PM Narendra Modi and BJP about allegations of corruption. Rafale was a story of commission. The article published in France media talks about Dassault aviation and 7.5 million euros, 65 crores rupees commission was paid by it. A middle man was paid this amount. Atleast, 7.5 million euros were paid, as per the article. This article states that a maximum of 11 million euros was paid as commission to SM Gupta. His name surfaced in the AugustaWestland case. This is not just a coincidence. There is a conspiracy. Rest, I believe is a matter of investigation," he said.

Patra further said that Rahul Gandhi is perhaps in Italy currently and should reply from there on how this corruption was done during the UPA tenure.

"The Indian Air force required these aircraft and this deal was kept pending for 10 years. There was no conclusion of negotiations," he said.

French investigative journal Mediapart has made fresh claims that alleged bogus invoices were used that enabled French aircraft maker Dassault Aviation to pay at least 7.5 million euros in secret commissions to a middleman to help it secure the Rafale deal with India. According to Mediapart's investigation, Dassault Aviation paid the kickbacks to the intermediary in Mauritius between 2007 and 2012.

Mediapart had reported in July that a French judge has been appointed to lead a "highly sensitive" judicial investigation into suspected corruption" and favouritism in the Rs 59,000-crore inter-governmental deal with India for the supply of 36 Rafale fighter jets. There was no reaction yet from the defence ministry or Dassault Aviation on the latest report.

"Mediapart is today publishing the alleged 'false' invoices that enabled French aircraft manufacturer Dassault Aviation to pay at least 7.5 million euros in secret commissions to a middleman to help secure the sale of 36 Rafale fighter aircraft to India," the journal said in its new report on Sunday. It alleged that despite the existence of "these documents", the Indian probe agencies decided not to pursue the matter.

(With inputs ANI and PTI)