A miniature artist from Bhubaneswar Priyanka Sahani has crafted an eight-feet long portrait of Prime Minister Narendra Modi using food grains on the occasion of his birthday.

Sahani has used five to six types of grains, that include rice and different pulses, to make the eight feet long and four feet wide portrait. "Since I am a miniature artist, it was a challenging and experimental task for me. It took me around 25 hours to make this portrait," she said.

The BJP has made elaborate arrangements to celebrate the 71st birthday of Prime Minister Modi with the launch of the "Seva or Samarpan Abhiyan" campaign. The campaign will begin on September 17 and conclude on October 7. 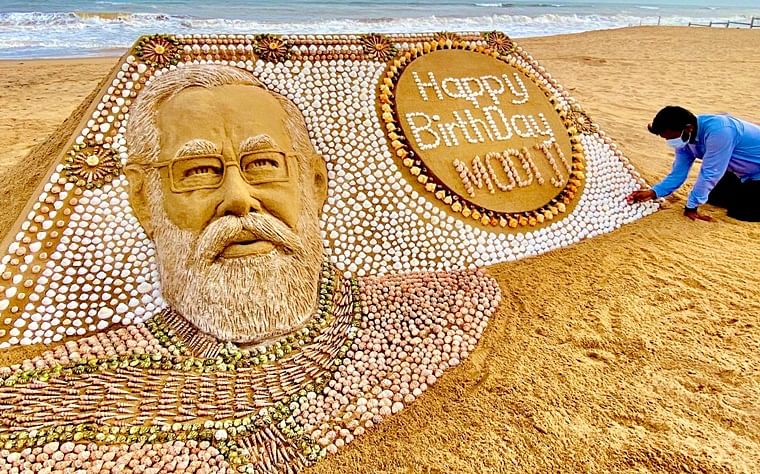