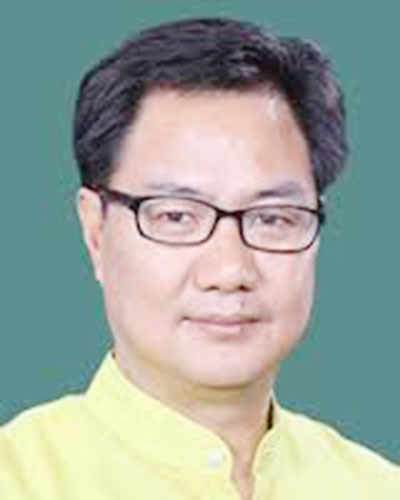 New Delhi : Amidst a row over ban on beef, Union Minister Kiren Rijiju on Friday said his statement on people’s food habit was “twisted” by the media and strongly denied that he eats beef.

The controversy was sparked in the backdrop of remarks by Rijiju’s ministerial colleague Mukhtar Abbas Naqvi that those who want to eat beef should go to Pakistan, reports PTI.

Rijiju said while visiting Mizoram recently that he had to encounter a question at a press conference in Aizawl whether all Mizos and other people of Northeastern region who eat beef have to go to Pakistan.

“To calm down the situation, I had the responsibility as a Union Minister whereby I gave a hypothetical example of myself that I am from Arunachal Pradesh and if I have a particular food habit, no one can stop.

“It was totally uncalled for to make that hypothetical example as headline thereby making it sound as if I consume beef in real life and challenge the other communities to stop me. Even if nobody in my family consumes beef, it is our choice,” he said in a statement here.              Rijiju said as a Union Minister it was an obligation on his part to maintain the spirit of the Constitution but the news report made it sound like he had made a combative statement sounding like throwing a challenge. “It has created an unnecessary controversy. I am contemplating to issue a legal notice to the concerned newspaper for making the wrong news headline which resulted in conveying a wrong message to readers.

The news headline was completely out of context and wholly twisted the meaning,” he said.