'Hindu and Hindutva are the same': RSS leader Suresh Bhaiyyaji Joshi hits out at Rahul Gandhi 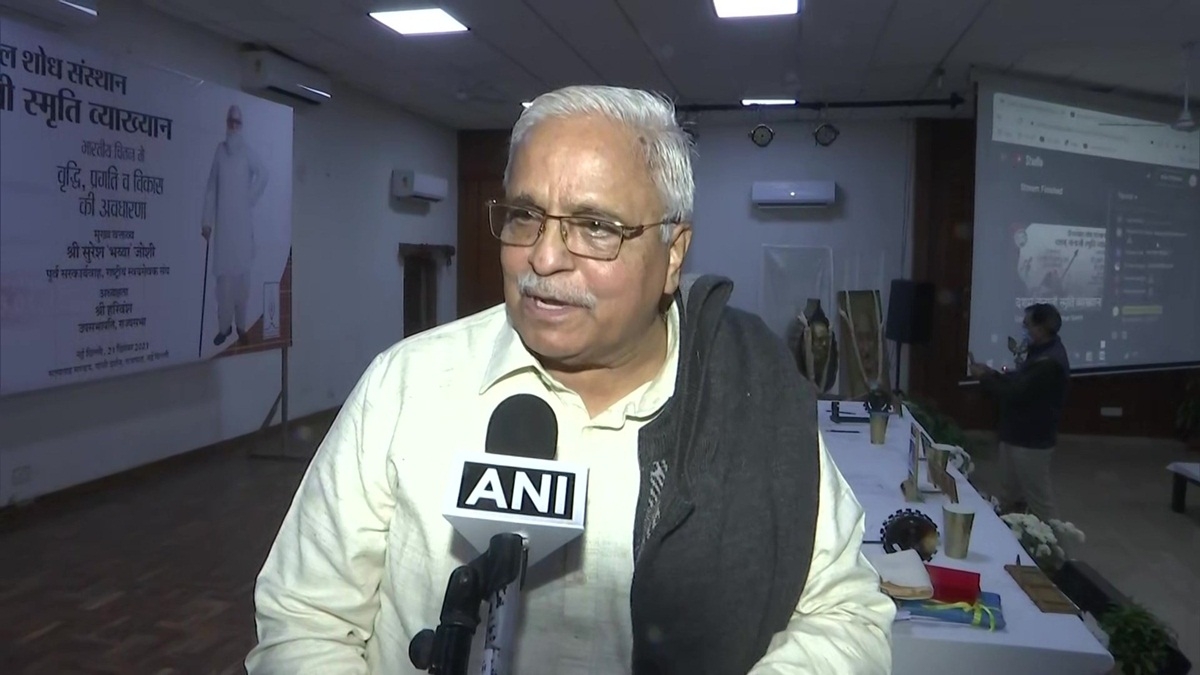 "'Hindu' and 'Hindutva' are not two different ideas. They are the same. The unnecessary controversy around this topic is an attempt to create a misconception," Joshi told ANI.

"Some people are busy spreading rumours about the matter. Those who are busy raking controversies are laying the foundation stone based on rumours," Joshi said.

Earlier on December 18, Congress leader Rahul Gandhi spoke about the difference between Hindu and Hindutvavadi. He said while a Hindutvavadi could be described as someone bathing alone in the Ganges, a Hindu is one who takes crores along.

Addressing a rally in Jagdishpur in his former Lok Sabha constituency of Amethi, the Congress MP said that the true meaning of a Hindu is someone who only follows the path of truth and never converts his fear into violence, hate and anger.

Addressing a rally in Rajasthan, Rahul Gandhi earlier had said India is a country of Hindus and not 'Hindutvavadis'.

Congress leader said that 'Hindutvavadis' only want power and they are in power since 2014 and urged people to throw Hindutvavadis out of power and bring back Hindus who follow the path of truth.

"Who is Hindu? The one who embraces everybody fears nobody, and respects every religion, while a Hindutvavadi bow down before his fear," Rahul Gandhi said.

"In Indian politics today, there is a competition between two worlds -- 'Hindu' and 'Hindutvavadi'. The two words have different meanings. I am Hindu but not Hindutvavadi... Mahatma Gandhi was a Hindu but Godse was Hindutavadi," he added.