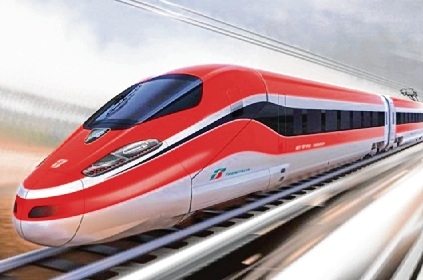 The grand announcement on Monday on the progress of the high-speed corridor is being seen as a nervous pulling the socks reaction by the Centre soon after the BJP suffered a major setback in the Prime Minister’s constituency, Varanasi after losing 2 of the 3 seats in the legislative council elections to the Samajwadi Party.

The first draft of a detailed project report for Delhi-Varanasi High Speed Rail Corridor (DVHSR) was submitted to the Ministry of Railways on October 29, according to a release issued on Monday by the National High Speed Rail Corporation Limited.

The proposed plan for DVHSR Corridor will connect the National Capital Territory (NCT) of Delhi with major cities including Mathura (a hub of religious tourism), Agra (home to the world famous Taj Mahal), Etawah, Lucknow (the UP capital), Raebareli (the stronghold of the Gandhi family), Prayagraj (home to Allahabad University), Bhadohi, Varanasi (known as the Venice of the East) and Ayodhya (that never ceases to be in news due to the Ram temple)

The main corridor from Delhi (Modi’s central seat of governance) to Varanasi (his constituency) will also be connected to Ayodhya. The tentative length of the corridor is 800 kms and the alignment and stations will be decided in consultation with the government. In addition, the high speed route will connect the upcoming international airport in Jewar in Gautam Buddha Nagar district of Uttar Pradesh.

NHSRCL spokesperson Sushma Gaur said the LIDAR (Light Detection and Ranging Survey) technique will be used for conducting ground survey for preparation of detailed project report for the proposed Delhi-Varanasi HSR corridor. The NHSRCL said in view of the project scale and to adhere to timelines to submit the detailed project report of the Delhi-Varanasi High Speed Rail Corridor, the ground survey using LIDAR technique has already begun. Reference points have been marked on the ground and data collection through equipment mounted on helicopter will start on December 13 (depending on weather conditions) phase-wise. Permissions have come from the Defence Ministry and aircraft and equipment inspection is underway.

The LIDAR entails mounting Laser enabled equipment on a helicopter for the ground survey. Based on the findings of the survey, designing of vertical and horizontal alignment, structures, location of the stations and depots, land requirement for the corridor, identification of project affected plots/structures, right of way among other factors are decided. The aerial LIDAR survey technique was used the first time in a railway project in India for the Mumbai-Ahmedabad High Speed Rail Corridor primarily because of its high accuracy.

The NHSRL which has been entrusted with the task of preparing detailed project report for this corridor, by the Ministry of Railways.