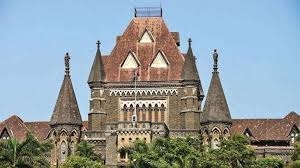 The HC administration issued a notification (on the official website) stating that Chief Justice Dipankar Datta has exempted all lawyers appearing before it and its benches at Nagpur, Aurangabad and Goa from wearing black coat and the advocate's gown.

However, no specific reason has been given in the notification. It further read, "But the advocates may wear a tie or white band ensuring proper decorum before the virtual courts."

Notably, a similar notification was issued by the Supreme Court on May 13, exempting lawyers from wearing the official attire during the video conferencing hearings due to the novel Covid-19 pandemic. By this notification, Chief Justice of India Sharad Bobade had reportedly said that lawyers need not wear coats and gowns as they make it easier to catch virus.

Further, it would not be out of place to mention that the HC had last month issued another notification asking all advocates to be "dressed appropriately and maintain decorum" as is done during normal court proceedings.