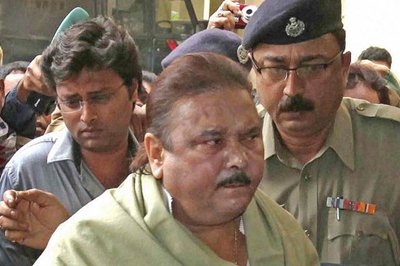 Kolkata: The Calcutta High Court today rejected bail plea of West Bengal Minister Madan Mitra, arrested in connection with the Saradha chitfund scam. Senior advocate and Congress leader Kapil Sibal prayed before a division bench of Justices Nishita Mhatre and Asha Arora that Mitra, 60, be granted bail but his plea was turned down by the court.

Sibal said Mitra was ready to resign as a minister if he was granted bail. CBI’s counsel opposed the bail petition contending that the crucial factor in the case is that Mitra is the Transport Minister of the state and is, therefore, an influential person.

Sibal had argued that Section 409 of IPC (criminal breach of trust by public servant or by banker, merchant or agent) slapped against him is not applicable as he is not directly involved in the scam.