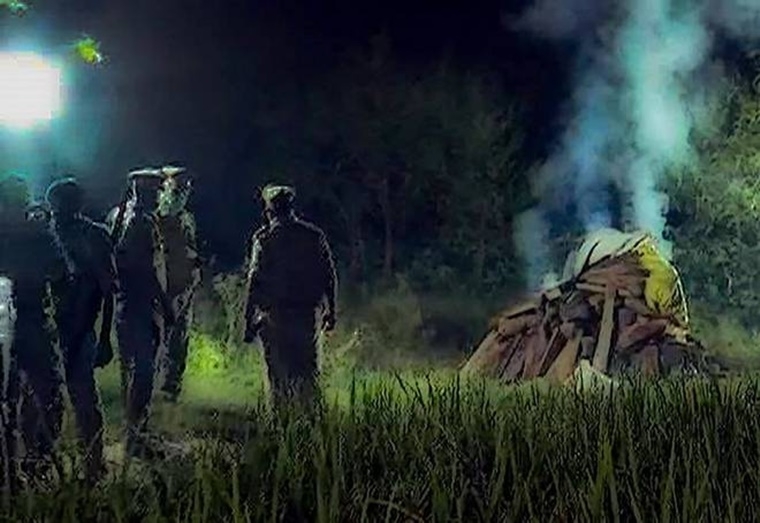 The Central Bureau of Investigation on Friday submitted its charge sheet in the infamous Hathras case which says that the Dalit victim was gang raped and tortured by four men, eventually leading to her death in a Delhi hospital.

The four “upper caste” assailants have been charged by the CBI with gang rape and murder, three months after the incident that triggered outrage across the nation.

The agency has also invoked charges against the accused under the SC/ST (Prevention of Atrocities) Act, says its 2,000-page chargesheet which is based on the victim’s dying declaration.

The victim had pressed all these charges in her dying declaration; her mother too had alleged gang-rape.

The accused, who were arrested after much dithering due to media pressure, had written to the Uttar Pradesh police from jail, claiming that they were being framed and had sought "justice".

They had also accused the victim’s mother and brother of torturing her. The family of the deceased had denied all these allegations.

The ham-handed handling of the case by the Uttar Pradesh Police - particularly the late-night cremation of the victim, allegedly without the family's approval - led to angry protests across the country. The officials, however, said the cremation was done "as per the wishes of the family".

The CBI probe was being monitored by the Allahabad High Court on the directions of a Supreme Court bench headed by Chief Justice of India Sharad Bobde. The Supreme Court had held on October 27 that all aspects of the Hathras case, including security of the victim's family and witnesses, will be looked after by the High Court.

Congress general secretary Priyanka Gandhi said the CBI probe raises serious questions about the role of the state government, its police, the Additional Director General, Law and Order, the Hathras district magistrate and other senior functionaries of the state administration.
In a statement, she said: "The State left no stone unturned to deny the victim's dignity -- in life and death. She was cremated without her family's consent in the middle of the night. Senior police officers and bureaucrats denied outright any rape, intimidated her family and indulged in blatant shaming of the victim. Sections of media that dared to report the truth were manhandled."
"However, the entire might of the Uttar Pradesh government and the police could not suppress the truth," she said.