An order issued by the government on Monday said that Shringla will take over next month after the completion of Gokhale's two-year term.
Aarti Tikoo Singh 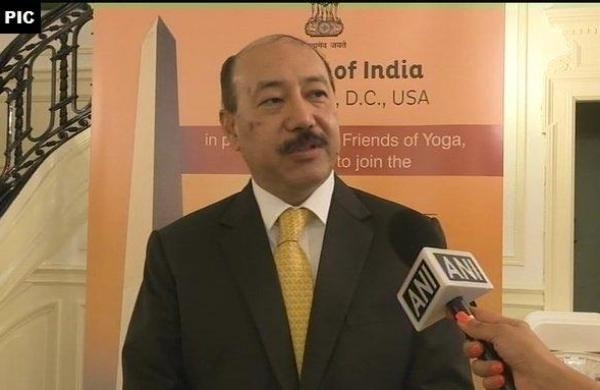 New Delhi: Indian ambassador to the US and one of the senior-most diplomats, Harsh Vardhan Shringla, has been appointed as the new Foreign Secretary; he will replace Vijay Keshav Gokhale.

An order issued by the government on Monday said that Shringla will take over next month after the completion of Gokhale's two-year term.

A 1984 batch Indian Foreign Service (IFS) officer and a fluent French speaker, Shingla served as an ambassador to Bangkok from 2014 to 2016 and later High Commissioner to Dhaka for two years.

In his current posting, Shingla came into prominence when he rebutted Pakistan Prime Minister Imran Khan's opinion piece in The New York Times, quite eloquently.

Ambassador Shringla has served in the Ministry of External Affairs as Joint Secretary for Bangladesh, Sri Lanka, Myanmar and Maldives. He also headed the UN political and SAARC divisions in the ministry.

Shringla was director of the northern division, handling Nepal and Bhutan and deputy secretary of the western division, dealing with Europe. Ambassador Shringla has graduated from St Stephen's College, Delhi University, and worked in corporate and public sectors before joining IFS. He speaks French, Vietnamese and Nepalese apart from English and Indian languages.