The western railway RPF arrested two habitual thieves and busted a inter state theft gang. This two members gang was active since last more than on year. Both accused belong to Kanpur ( Uttar Pradesh) . They used to target passengers of Delhi- Mumbai, Delhi/ Goa/ Ernakulam and other South bound trains running via Vasai.

A joint team of RPF Surat post and crime intelligence branch Surat was formed to bust the gang of thieves who steal bags and valuable items of passengers while they are asleep. The team conducted thorough analysis of the CCTV footages and identified a suspect. Through continuous surveillance on the said suspect, he was tracked down and spotted at Surat station on 17th January, 2022.

The thief was caught red handed trying to commit theft of a bag. Later, his accomplice was also caught by the team. Upon further investigation, the suspects revealed their identity as Niyam Singh, 22 years and Mrityunjay, 23 years and both the suspects are residents of Pandesara, Surat.

Both the accused admitted their guilt and four trolley bags were recovered from the suspects, which consisted of Rs. 50,000/- cash, one gold chain worth Rs. 40,000/-, one gold coin of one gram, silver ornaments and clothes. The estimated cost of the items was found to be approx. Rs. 1,05,000/-

Asked about the modus operandi of this gang members , a senior officer said, they always targets passengers coming towards Mumbai/ Goa/ and other destinations of South India. " They used to travel up to Vadodara or Ratlam and board trains coming toward Mumbai from Ratlam and Vadodara and get down with trolley bag of some one at Surat" said an officials of WR. Adding that currently both are in the custody of Surat GRP .

Conferming the development an officials of Surat GRP said, Apart from 5 trolley bags recovered from these accused by RPF, during investigation we revovetd 8 more trolley bags from both accused.

Apart from this gang, one other theft accused named Santosh, 40 years, resident of Varacha, Surat was also caught by the team with a stolen ladies purse. He stole the purse from B5 coach of Train No. 12956 Jaipur – Mumbai Central Superfast Express and was trying to escape, when the team spotted and nabbed him. All the suspects were handed over to GRP Surat for further legal action. 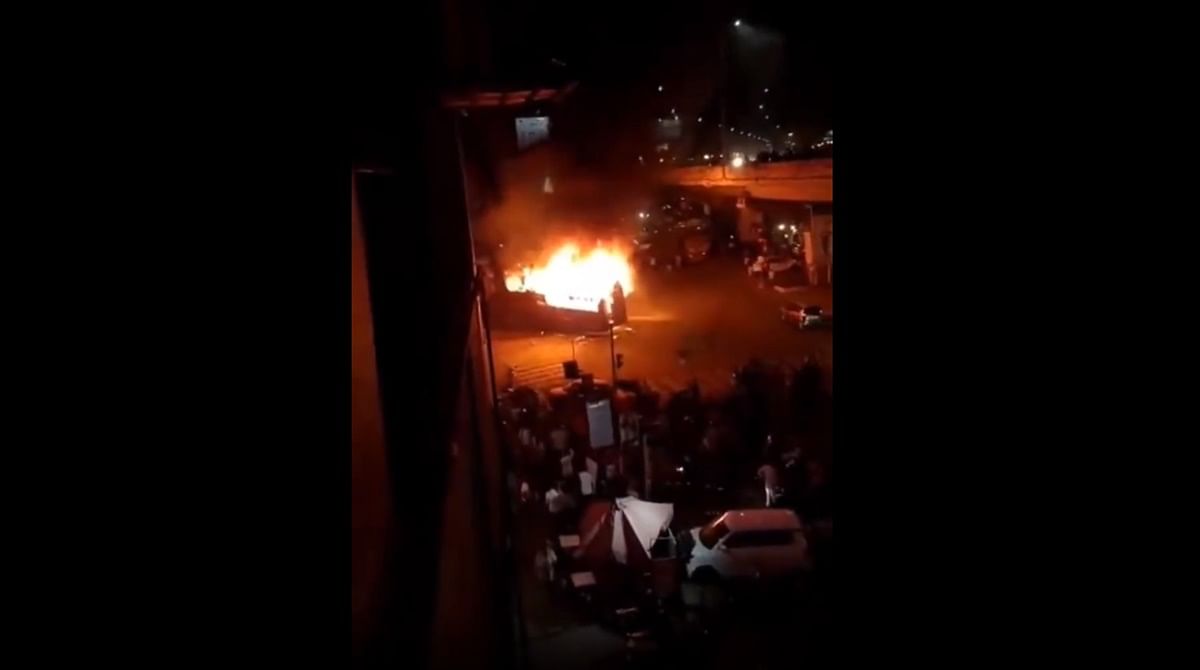 Watch video: Woman charred to death after fire breaks out in private luxury bus in Surat