The Minority Coordination Committee, through its convenor Mujahid Nafees, on Friday sent a legal notice to the State Government

Police baton-charged the suspected attackers arrested in the case by holding them against an electric pole in the village square in full public view. | Photo: Twitter Image
Follow us on

Even as the Gujarat Government has ordered an inquiry by an IGP-level officer into the shocking October 4 flogging of Muslim youths by the State Police in full public view, a minority rights organisation has strongly demanded a commission of inquiry headed by a retired high court judge.

The Minority Coordination Committee, through its convenor Mujahid Nafees, on Friday sent a legal notice to the State Government raising serious doubts about the impartiality of an inquiry by a police officer against his own junior colleagues.

The notice has been issued to the Gujarat Chief Secretary, the Additional Chief Secretary (Home), the State Director-General of Police and the Superintendent of Police, Kheda, under whose jurisdiction the incident occurred.

The legal notice moved by advocate Anand Yagnik, who fights several cases of human rights violations in the courts, submitted that “Despite there being substantive evidence available in the public domain about the flogging incident to reveal the police atrocities no action at all was initiated by your good offices until the public outrage.”

It is necessary to initiate immediate action against the erring police officers, who may destroy evidence while still continuing on the job.

“This stands testimony to the fact that all your good offices and entire police force have institutionalized this authoritarian rule and the colonial legacy of taking the law into one’s own hands and the rest of the force, including all higher-ups standing as mute spectators and indirectly approving the atrocities,” the notice states.

This is the second legal notice after the one on October 6, 2022, where the MCC sought action against the police officers who publicly beat up three Muslim youths one by one with a baton after tying them up to an electric pole, amid cheering crowds in Undhela village in Matar taluka (tehsil) in central Gujarat’s Kheda district on October 4.

The MCC states that it “has been constrained to issue the notice demanding that police itself looking into the atrocities committed by their very own brethren does not inspire any confidence at all and hence the inquiry, for it to be unbiased and fair, has to be undertaken by a retired judge of the High Court of Gujarat.”

The notice states, “It is stated and submitted that though never spoken about, but police officers covering up crimes of their colleagues is not unknown to our system. The whole flogging incident of which no cognizance was taken despite wide reporting and outcry itself shows that the informal code of silence among police officers not to report on a colleague’s misconduct, crimes and brutality persists deeply within the entire system.” 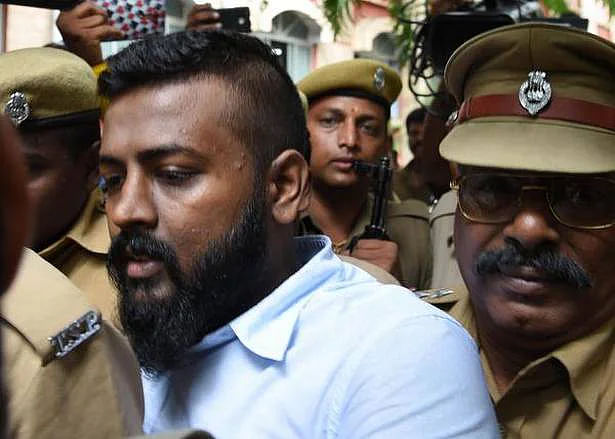