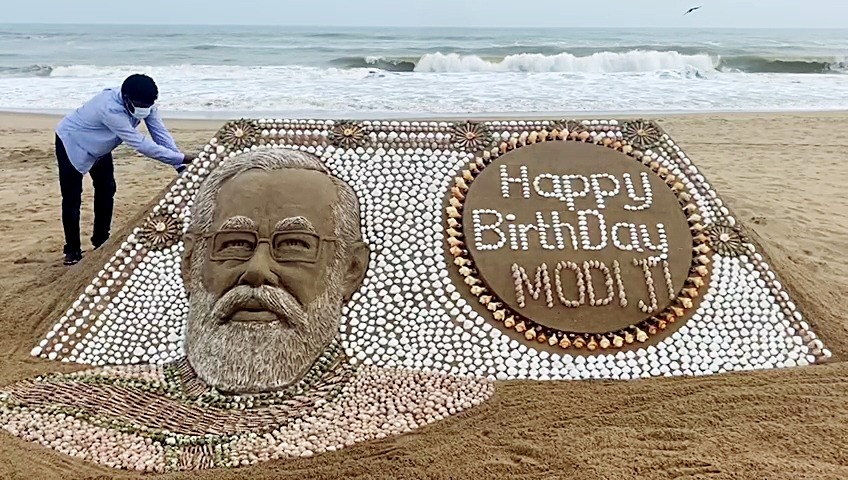 Ahmedabad: A day after the new Chief Minister Bhupendra Patel took oath on Monday, a circular was sent out by the Primary Education Officers in Gujarat to the government and aided schools to organize an essay writing competition on the theme, "My Favourite PM is Narendra Modi" on his birthday on Friday.

This was when the new Chief Minister was struggling to decide on his council of ministers.

The circular in Gujarati asks all district primary schools to ensure that at least 10 students participate in the essay competition, while they should be ranked from one to three. The top three results would be declared on Saturday. Not only this, there should be an Excel sheet with details of the students who participated in the competition and who won, from which school.

The circular quotes an official video conference that took place on September 14, 2021. The competition was held for standard 5 to standard 8.

In the cities with municipal corporations, the corporation-run schools were asked to implement this.

Congress Chief Spokesperson in Gujarat Manish Doshi said, "It is ok to have such competitions about a late prime minister or national leaders who are no more, but this is too much. In this case, there is no space for opinion and the children have been asked to do write-ups praising the current Prime Minister. There are no choices at all. "