Gehlot loyalists MLAs said they have put forth demands before the observers that any decision on the CM's face be taken after the party president election on October 19 and in consultation with Gehlot.

The political drama in Rajasthan over leadership change continues as the MLAs loyal to Chief Minister Ashok Gehlot remaining non-committal on holding a meeting with Congress observers are likely to return to Delhi to apprise the high command about the developments. The development suggested a worsening power struggle between the chief minister and Sachin Pilot who was tipped to be Gehlot's replacement after he declared his candidature for the Congress president's post.

According to PTI, 82 MLAs loyal to Gehlot, who had submitted resignation letters on Sunday over a possible move to appoint Pilot as the next chief minister, are likely to hold a meeting on Monday to decide their next course of action. The Congress has 108 MLAs in the House of 200.

AICC observers Mallikarjun Kharge and Rajasthan in-charge Ajay Maken, who had waited in vain for all legislators to arrive for the Congress Legislature Party (CLP) meeting on Sunday, were trying to persuade Gehlot loyalists to meet them one by one in an effort to defuse the political crisis.

MLAs in support of Gehlot:

While legislators loyalists to Gehlot were vocal about their issues, MLAs in Pilot's camp refrained from commenting. Gehlot loyalists MLAs said they have put forth demands before the observers that any decision on the CM's face be taken after the party president election on October 19 and in consultation with Gehlot.

They also want someone who stood with the Congress government during the political crisis in 2020.

The Gehlot loyalists had visited Speaker C P Joshi's home after a long meeting at minister Dhariwal's residence on Sunday, saying they were resigning as MLAs.

At the chief minister's home, Gehlot, Kharge and Maken waited for all legislators to arrive for the CLP meeting. Pilot and his supporters came but the meeting was a washout. 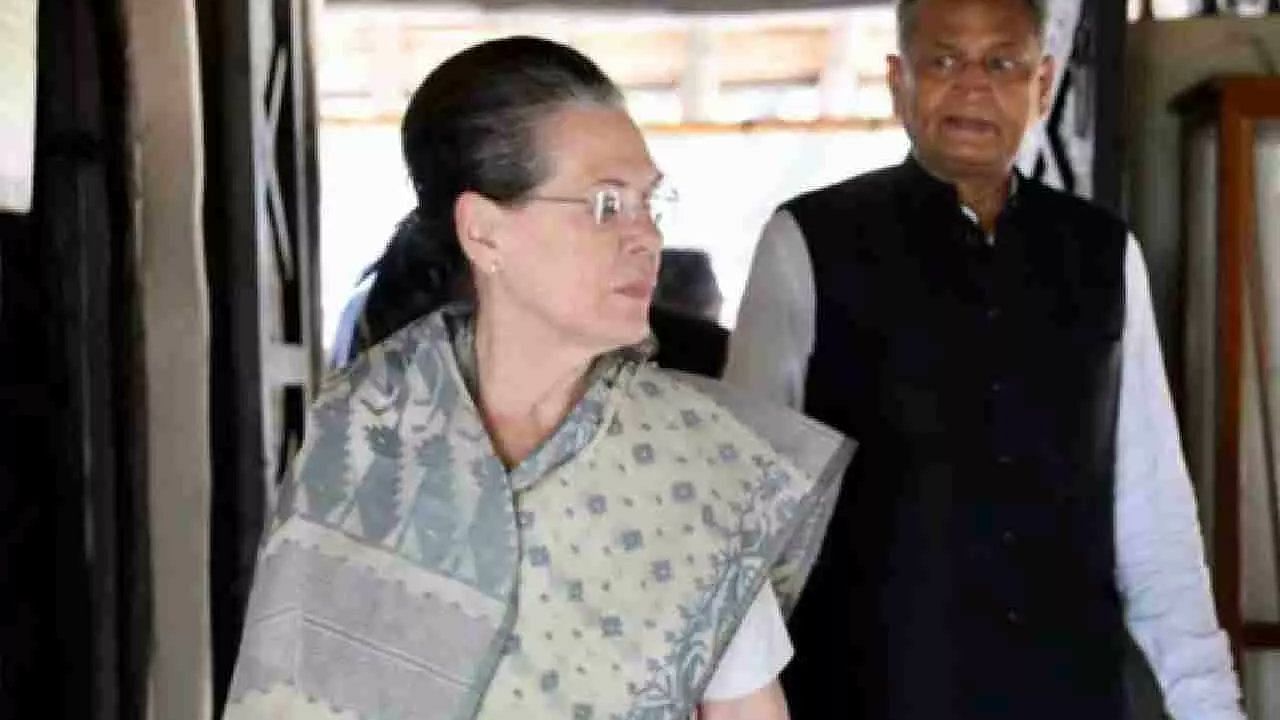 The MLAs wanted the decision on the next CM to be left till after the Congress organisational election and stressed that Gehlot should have a say in picking the new CM who should be someone who stood by the veteran leader during the rebellion by Pilot supporters in 2020.

Gehlot, seen by many as a reluctant candidate for the top party position, initially appeared unwilling to give up his CM's post. Later, it was speculated that he would rather see Speaker C P Joshi --- or anyone else --- as CM rather than Pilot, who had rebelled against his leadership.

What did Congress leaders say about Gehlot's successor?

Rajasthan minister Pratap Singh Khachariyawas said, "As of now Gehlot is the chief minister. In a democracy, an election is decided by counting votes. Democracy runs on numbers, whoever has the support of MLAs of Rajasthan will be the leader."

While, Govind Ram Meghwal, said Ashok Gehlot can shoulder both roles, that of the chief minister as well as the party's national president.

Congress Working Committee members have demanded from Sonia Gandhi to pull the state chief minister out of the race for the party chief and select another candidate for the top post, according to ANI.

The CWC members have registered a complaint against him with the party chief and said, "It would not be good to lay faith in him and give him the responsibility of the party. The party top leadership should reconsider his candidature".

Sonia Gandhi, at the behest of Ashok Gehlot, has taken cognizance of the MLAs of his camp not meeting the two observers- Mallikarjun Kharge and Ajay Maken - sent to Jaipur by the party leadership.

Gehlot and Pilot were at loggerheads over the chief minister's post soon after the Congress won the Assembly elections in December 2018. The high command then chose Gehlot as the chief minister for the third time while Pilot was made his deputy.

In July 2020, Pilot along with 18 party MLAs rebelled against Gehlot's leadership.