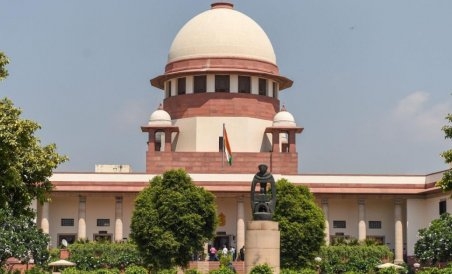 In another jolt to the Maharashtra government, the Supreme Court on Wednesday ordered the State Election Commission (SEC) and the state government to convert 27 percent reserved seats for OBC into general category for zila parishad and panchayat samitis and issue a fresh notification.

On December 6, the Supreme Court stayed the Maharashtra government decision to grant 27 percent reservation for the OBC, which was brought by an ordinance, in the local body elections until further orders.

A bench headed by Justice A.M. Khanwilkar directed the SEC to renotify the OBC seats as general category, so that polls for those seats can take place as per law along with elections for remaining 73 percent.

The bench also comprising Justice C.T. Ravikumar said the SEC must issue fresh notification for the remaining 27 percent seats reserved for OBC as general category and commence election process for them along with the remaining 73 percent, and declare the results for both polls simultaneously.

The top court has scheduled the matter for further hearing in the third week of January. The top court declined to entertain requests by the Maharashtra government and a few intervenors seeking modification in the December 6 order.

Senior advocate Dushyant Dave, representing one of the intervenors, emphasised that the Backward Classes cannot be forced to suffer due to the inaction of the state government or the Centre. The Maharashtra government counsel urged the court to put on hold the entire election, and in the meanwhile, it can direct the SEC to fast-track the process of data collection and review the matter after three months.

On December 6, the top court had observed that 27 percent OBC reservation could not be implemented without setting up a commission and also without collating data for inadequacy of representation in the local government.

The top court also made it clear that SEC cannot allow notification of OBC seats in any state without any empirical data, in compliance with the triple test requirement laid down by the top court. "This is applicable for all future polls," said the bench.

"Without setting up the Commission and collating contemporaneous empirical data to ascertain the extent of reservation required to be provided local body-wise, it is not open for the State Election Commission to provide reservation for OBC category despite the statutory provision in that regard," said the bench in its order.

The bench said the first step of collating empirical data has not been completed so far. Senior advocate Shekhar Naphade, counsel appearing for the Maharashtra government, had argued that the provision inserted vide impugned Ordinance is in conformity with the decision of the top court. He added that it is for providing reservation to the category of Backward Class citizens up to 27 percent only.

In March this year, the apex court had struck down Maharashtra's move to introduce 27 percent reservation for OBCs in zilla parishads and panchayat samitis. The top court had then said it was violative of the 50 per cent cap laid down in the top court's Indra Sawhney judgement.