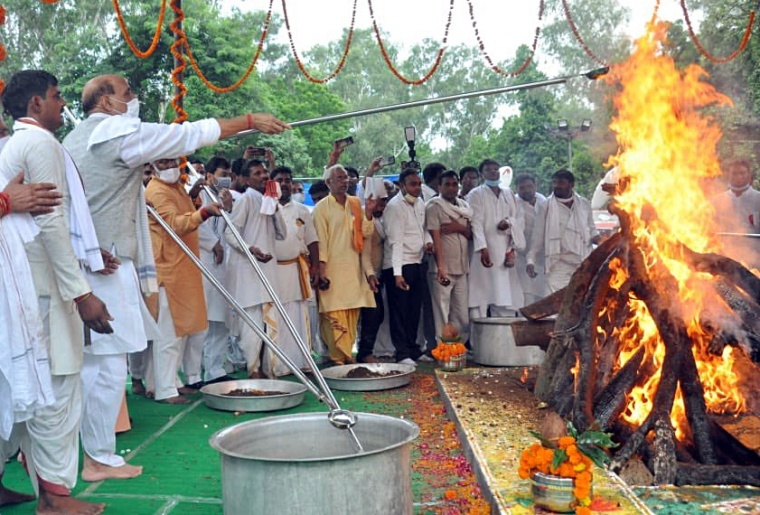 Development Smriti Irani, and several other Cabinet ministers were also present at Basi Ghat and paid floral tribute to the deceased.

Several thousands of people had gathered to pay their respects. A continuous sloganeering of 'Jai Shri Ram' was heard during the funeral.

Singh who was ailing for some time passed away on August 21 at Sanjay Gandhi Postgraduate Institute of Medical Sciences (SGPGI) in Lucknow, due to sepsis and multi-organ failure.

A two-time Chief Minister (June 1991 to December 1992 and September 1997 to November 1999), Singh also served as Governor of Rajasthan (2014-2019). Singh also held various organisational posts in the BJP, both at the state and the central level.