Jaipur: The proposed trips of Former CM Vasundhara Raje and her increased activeness are creating a stir in the Rajasthan unit of BJP. Her loyalists are delighted and proposing her visits and programs for the coming months while the party leadership is apparently reacting quite normally by saying that she is a senior leader and her trips will benefit the party.

Vasundhara Raje was in flood-affected areas of Rajasthan recently and now planning a visit to Ajmer and Udaipur later this month. Though the trips are in the name of paying condolence to the families of party workers and leaders who had lost their relatives due to Covid this is being considered as a gear up to exercise of her supporters also.

Ex-MLA and her loyalist Bhavani Singh Rajavat said we are delighted that she is touring the state. Now the time has come when she should come back. It is a demand of her supporters across the state’. He said that we have proposed to her to do a big meeting in the Kota division against the state government and she is considering this.

On the other hand leaders close to the party leadership are reluctant to say anything on this and giving a balanced reaction “there is nothing like factionalism. We are one party and Vasundhara Raje is the national vice president of the party. Her visits to districts will benefit the party,” said Ramlal Sharma, MLA and Chief spokesperson of the party. While another leader said on anonymity that factionalism in senior leaders is visible but workers and most of the leaders do not want to be a part of any faction at this point of time as nothing is clear that who will be the face of the party in the next elections.

In the meantime, there are reports that party president Satish Poonia is also planning tours of different districts for a statewide agitation against the state government after the forthcoming assembly elections. 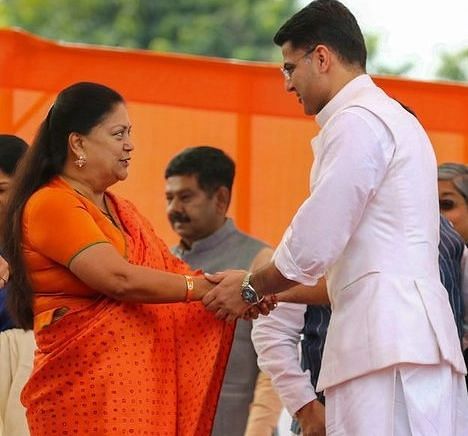