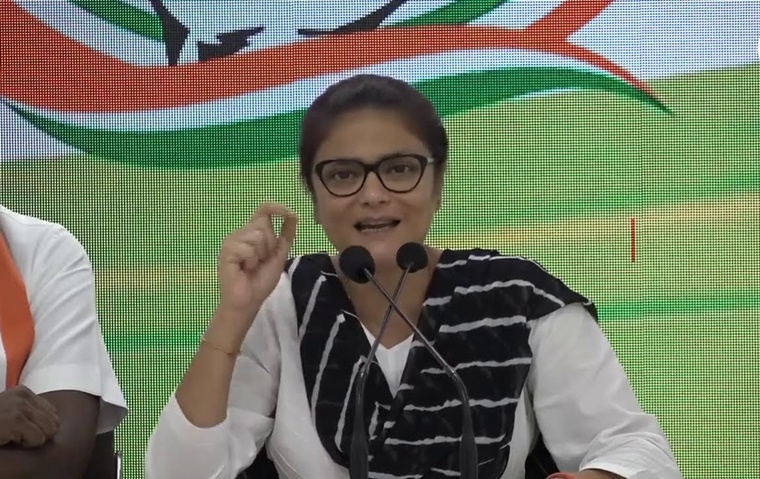 Sushmita Dev, president of All India Mahila Congress, on Monday resigned from the party. The Former Congress MP also changed her Twitter bio to former member of the party and former chief of the Mahila Congress.

Sushmita Dev has sent her resignation to the party's chief Sonia Gandhi. The Former Congress MP offered no reason for her quitting the party.

"Please treat this letter as my resignation from the primary membership of the Indian National Congress," Dev wrote in the resignation letter.

“I cherish my three-decade-long association with the Indian National Congress. May I take this opportunity to thank the party, all its leaders, members, and workers who have been part of my memorable journey,” Dev wrote in the resignation letter to Sonia Gandhi informing her that she is beginning a new chapter in her life of public service.

"Madam, I thank you, personally, for your guidance and the opportunities you gave me. I value the enriching experience. I hope I have your good wishes as I begin a new chapter in my life of public service," Sushmita Dev said.

Sushmita Dev was among the Congress leaders whose Twitter handle was recently suspended by the microblogging site for violating its policy. The move came after Twitter blocked former Congress president Rahul Gandhi for posting a photograph of the parents of a nine-year-old girl who was allegedly raped and murdered in Delhi. Later, Congress leaders changed their Twitter handle names to Rahul Gandhi with some of them even replacing their display pictures on the microblogging site with that of the former party chief. Many of them accused Twitter of acting out of fear of the government.