After screenshots of the teacher's status on WhatsApp went viral on social media the school management had expelled her.
FPJ Web Desk 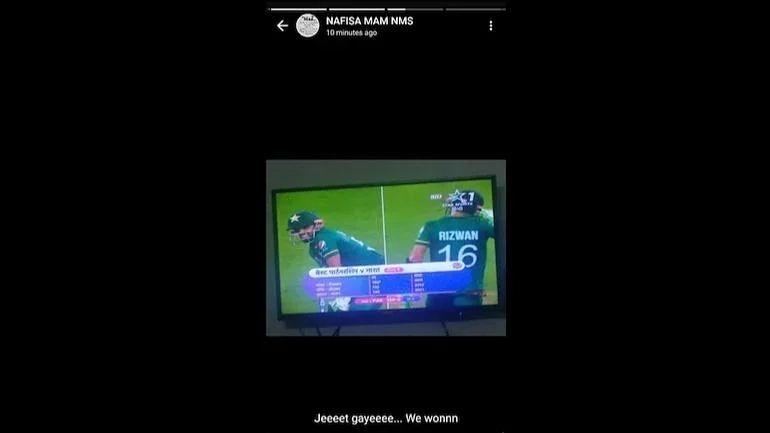 Udaipur: Two days after being expelled, an FIR has been lodged against a school teacher in Rajasthan's Udaipur for posting a celebratory status on WhatsApp after Pakistan's victory against India in Sunday's T20 World Cup match

It all started on Sunday night when the teacher Nafeesa Atari put up a WhatsApp status that supported Pakistan in the T20 cricket fixture. One of the parents saw the status and immediately texted the teacher, ‘You support Pakistan?’ The teacher replied ‘yes’, she did.

The reports say that the parent called the school administration and complained about the teacher. In the meantime, pictures of the teacher’s status and her reply went viral on social media and became a talking point in the city.

After screenshots of the teacher's status on WhatsApp went viral on social media the school management expelled her.

After being fired, she put out a video message where she apologised and said her post was taken "out of context".

Atari claimed during the game, her family was divided into two teams, and each team supported one side. As her team was supporting Pakistan, she posted the status on the WhatsApp.

She said, "One of the parents who was on my contact list asked if I support Pakistan. I said yes. I thought it was a joke as there was an emoji at the end of the message." Nafisa further claimed she was a patriot and could not ever support Pakistan. 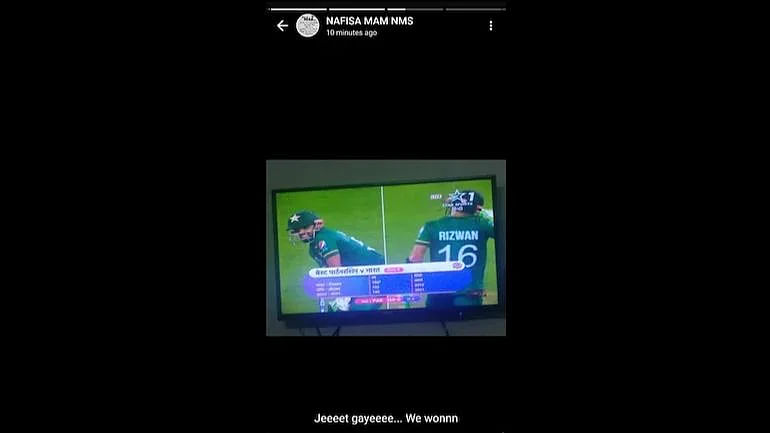