Farmers' protest to be called off soon: Here's what we know so far 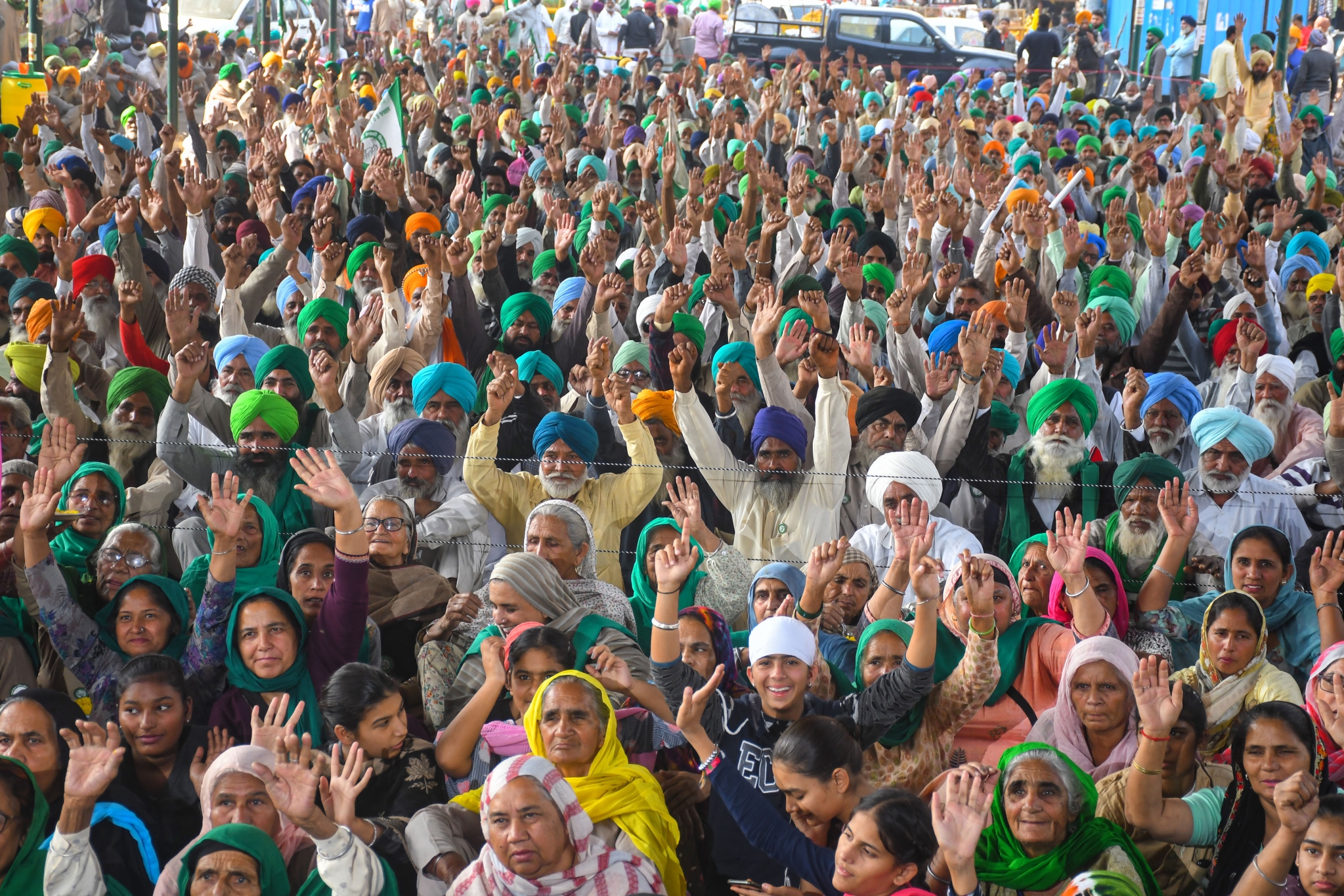 The Centre on Tuesday sent a written draft copy regarding the demands raised by protesting farmers to the Samyukta Kisan Morcha's five-member committee, which includes a guarantee for minimum support price (MSP), multiple media reports said.

According to the reports, the Centre in the draft also said that all police cases, including those to do with stubble burning, will be dropped.

Meanwhile, reports said the farmers are discussing the proposal. And if they accept the Centre's offer, the farmers will call off their protest.

Earlier, the SKM had said that the Centre had not sent any message for talks, and none of the farmer leaders associated with SKM had spoken to any government representative.

The SKM said that it was still waiting for a reply to the letter it had sent to Prime Minister Narendra Modi listing their demands.

The SKM has constituted a five-member committee comprising farmer leaders Ashok Dhawale, Balbir Singh Rajewal, Gurnam Singh Chaduni, Shiv Kumar 'Kakkaji' and Yudhvir Singh to hold talks with the Centre to resolve the long-pending demands made by the farmers' organisations.

After the repeal of the three contentious farm laws, the SKM has demanded a legal guarantee by the Union government on Minimum Support Price (MSP), withdrawal of Electricity Amendment Bill, removal of the penalty section from the Air Pollution Bill, arrest and removal of Union Minister of State for Home Ajay Misra Teni, dismissing 'fake' cases registered against the farmers, rehabilitation of the kin of martyred farmers, and a memorial for the martyred farmers.

The farmers have made it clear that their protest will continue till their demands are fulfilled by the Centre.