Farmers' Protest: Country-wide agitation on February 6, national and state highways to be blocked from 12 noon to 3 pm 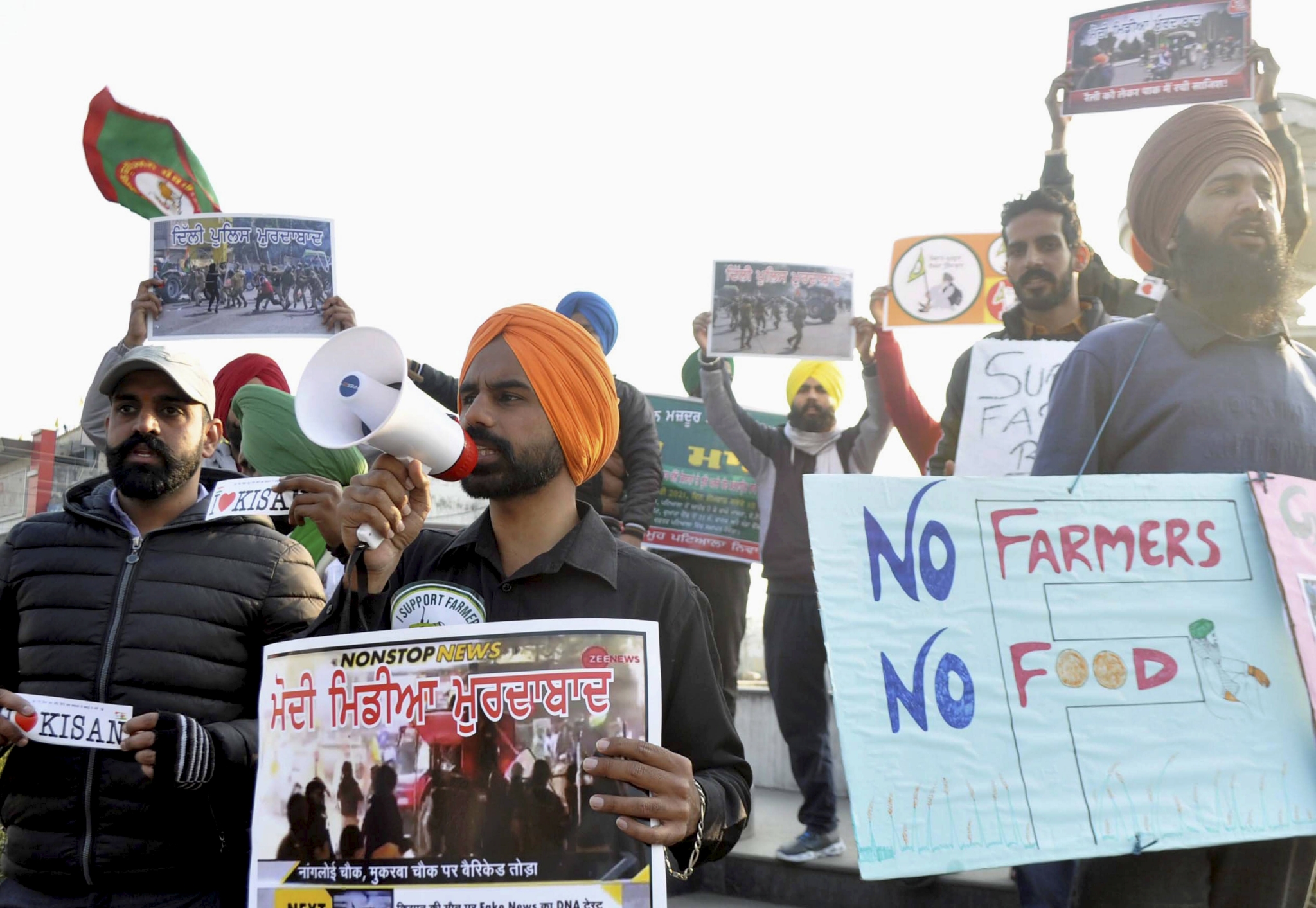 Farmers' Protest: Country-wide agitation on February 6, national and state highways to be blocked from 12 noon to 3 pm | PTI Photo

The farmers protesting against the Centre's contentious three new farm laws at the borders of Delhi from over three months, have now called for a country-wide agitation on Saturday, February 6. During the agitation, Swaraj India chief Yogendra Yadav said the national and state highways will be blocked from 12 noon to 3 pm.

Yogendra Yadav also criticized the Union Budget 2021-22 presented by Finance Minister Nirmala Sitharaman on Monday. "Last year, budget allocation for financial support extended through loans to FCI for procurement at MSP was Rs 1,36,600 cr. Less than Rs 85,000 was spent. No amount is allocated this yr. Such things make farmers think that it's a conspiracy to shut FCI," he said. "National and state highways will be blocked from 12 noon to 3 pm on February 6," he added.

Bhartiya Kisan Union (R) leader Balbir Singh Rajewal also reiterated the same. "There will be a country-wide agitation on February 6; we will block roads between 12 pm and 3 pm," he said.

Meanwhile, farmers' protest sites at Delhi's borders turned into fortresses on Monday as police beefed up security and strengthened barricades.

Workers under the watch of police personnel were seen hooking iron rods between two rows of cement barriers on a flank of the main highway at the Singhu border to further restrict the movement of protesters, agitating against the new farm laws.

Another portion of the highway at the Delhi-Haryana border is practically blocked now as a makeshift cement wall has come up there.

At Ghazipur on the Delhi-Uttar Pradesh border, there are multi-layer barricades to stop the movement of vehicles. Barbed wire has also been put up to keep off people on foot.

Protesters were pouring in as Bharatiya Kisan Union members and its leader Rakesh Tikait stayed pitched at Ghazipur's UP Gate, occupying a stretch of the Delhi-Meerut highway since November.

Drones were being used to monitor the situation and vehicles checked as more support flowed in for the BKU from Uttar Pradesh, Haryana and Rajasthan.

At Singhu on the Haryana border, a worker drilled rods in cross-formation between two rows of solid barriers.

"The other flank was done yesterday. Cement is to be poured in the space between the barriers on this flank to make a makeshift wall," he said.

The move comes days after the violent clashes between some protesters and police on January 26 during the tractor parade by the farmers.

The section of the highway at the Singhu border also saw a clash recently between farmers and a group of people who claimed to be local residents.

On Monday, the Delhi side of the Singhu border saw a sparse crowd of protesters while the Haryana side was dominated by people making vociferous speeches, denouncing the new farm laws.

Security personnel from the paramilitary forces, RAF and CRPF, were seen in relatively less numbers compared to the past few days at Singhu. But a large number of police personnel manned the stretch.

Besides the makeshift wall on the highway, a small trench was dug up earlier across a street a little off the highway and cement barricades put up on both the sides.

Farmer leaders at the site, however, asserted that the barricades won't cage their spirit.

Balwinder Singh Sirsa, a farmer leader from Sirsa in Haryana, urged protesters not get demotivated by what happened on January 26, claiming it was "orchestrated" by some people to denigrate the protest.

A woman protester from Haryana, addressing a large gathering from the dais, said the alleged conspiracy on that day failed to weaken the movement and has rather injected "a new lease of life" in it.

Randhir Singh, 85, a farmer from Haryana, said, "We are not terrorists or Khalistanis. We are fighting for our rights. Attempts are still being made to defame and weaken us."